Study shows no evidence of fraud in Bolivia's October elections 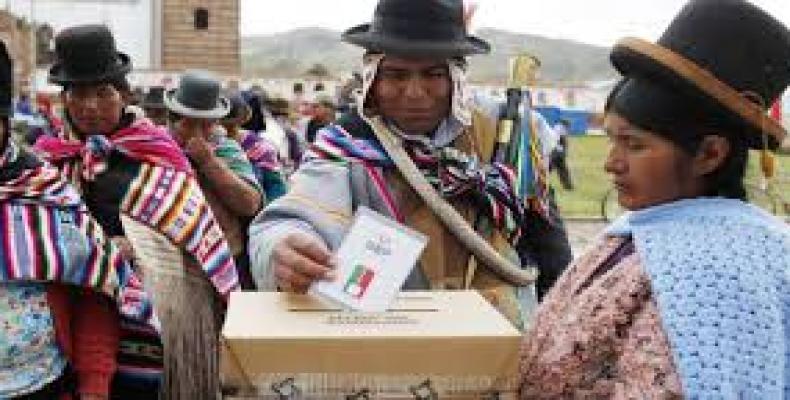 Cambridge, February 28 (RHC)-- A new study by MIT -- the Massachusetts Institute of Technology -- has found no evidence of fraud in Bolivia’s 2019 election, despite allegations of serious irregularities by the Organization of American States (OAS), which led to the ousting of Evo Morales in a military coup.

John Curiel and Jack R. Williams examined the OAS’s report and published their findings in The Washington Post on Thursday.  “As specialists in election integrity, we find that the statistical evidence does not support the claim of fraud in Bolivia’s October election,” they wrote.

The MIT researchers said the OAS had adopted a “novel approach to fraud analysis” and that its statistical conclusions would appear to be “deeply flawed.”  Headlines across the world unquestioningly declared ‘overwhelming evidence’ of fraud after the OAS claimed “deliberate” and “malicious” attempts had been made to rig the vote in favor of Morales.

The allegations were quickly seized upon by opposition forces and eventually led to a military coup which saw a right-wing government headed by Jeanine Anez come to power.  Morales was even forced to flee to Mexico and from there on to Argentina where he was granted political asylum.

The MIT study was commissioned by the Center for Economic and Policy Research (CEPR).  Its director Mark Weisbrot said Thursday that the OAS “greatly misled the media and the public” about Bolivia’s election.  “The OAS needs to explain why it made these statements and why anyone should trust it when it comes to elections,” he said.

Under the OAS’s odd criteria for fraud, it is even possible that U.S. elections, in which votes counted later in the day tend to lean Democratic, could be classified as fraudulent, the researchers said.

Evo Morales told RT last November that the OAS had made a “political decision” and played a key role in deposing him, although he was roundly dismissed by Western media at the time – including the Washington Post, which published the latest findings.