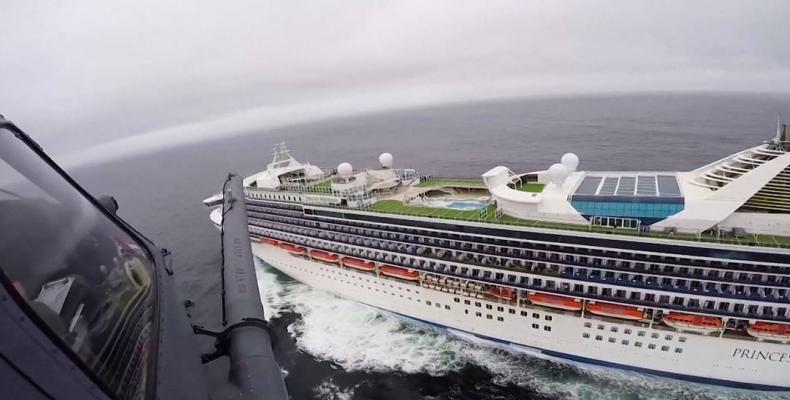 San Francisco, March 8 (RHC)-- In California, a Coast Guard helicopter airlifted coronavirus test kits to the Grand Princess cruise ship as it remained quarantined off the coast of San Francisco with thousands of people on board.  The ship was denied a port after some passengers and crew became ill.

San Francisco Emergency Management Director Mary Ellen Carroll said the quarantine would remain in effect at least until test results are completed.  She told reporters: “There are 2,383 passengers on board the ship and 1,100 crew members.  Of that, a total of 35 have shown flu-like symptoms during the course of this 15-day cruise.”

Health officials are tracking down some 2,500 people who disembarked from an earlier cruise on the Grand Princess, after some passengers tested positive for coronavirus, including a 71-year-old man who died earlier this week.