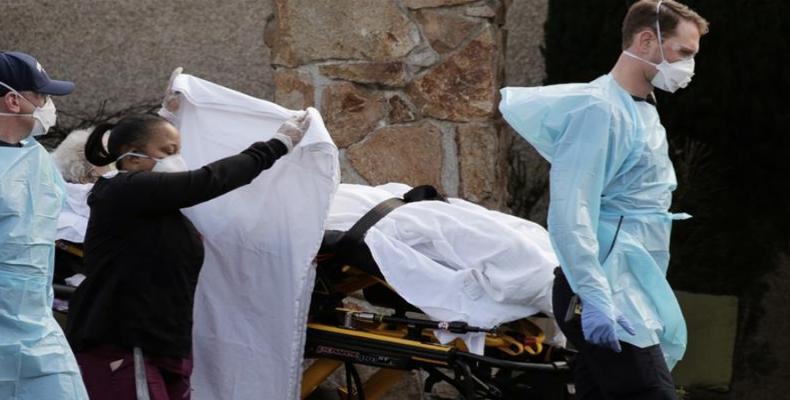 Washington, March 28 (RHC)-- The number of people infected with the novel coronavirus in the United States hit almost 104,000 early on Saturday, according to a Johns Hopkins University tally, with the number of fatalities close to 1,700, pushing the global death toll up to 27,324.

Italy, meanwhile, announced 919 new deaths from coronavirus, the highest number of fatalities any country has reported in the space of 24 hours since the outbreak began late last year.  The total number of people who have died as a result of COVID-19 in Italy now stands at 9,134.  The number of cases also continue to rise, hitting more than 86,000.

Further dashing hopes that Europe is containing the pandemic, Spain recorded 769 new deaths in a day, bringing the total number to 4,858.  As of early Saturday, the death toll has surpassed 5,000.