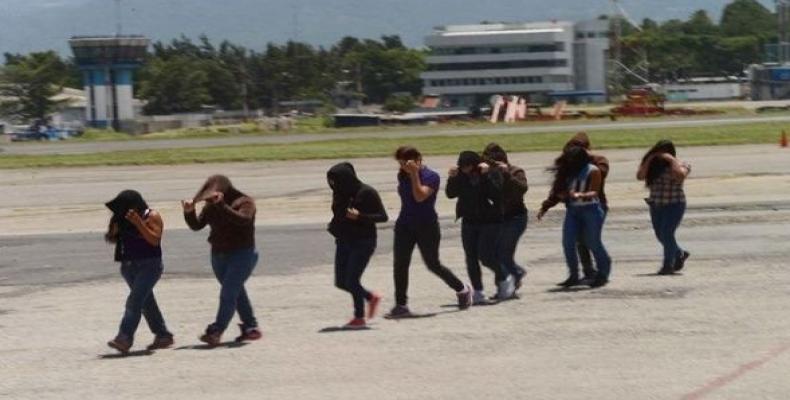 On March 17, President Alejandro Giammattei administration suspended flights from the U.S., Honduras, and Mexico to prevent the importation of cases and the spread of the infection.  Authorities have offered no reason to resume these flights with the United States.  Neither has the Department of Immigration or the Ministry of Foreign Affairs indicated whether the suspension is part of an immigration agreement with the United States.

According to the local Immigration Department, 2,938 people deported from the United States entered Guatemala in March.​​​​​​

The entrance of Guatemalans from the United States increases the risk that the COVID-19 pandemic will expand to the interior of this Central American country.  Due to this possibility, the government has taken measures to contain the importation of positive cases, such as inspection at airports upon arrival of flights.

However, these controls are not enough to prevent the entry of an infected but asymptomatic person.  After entering Guatemala, many migrants return to homes located in remote rural communities, which also increases the probability of new infections.  So far, Guatemala has recorded 47 confirmed cases, 1 death, and 12 recoveries. ​​​​​​​