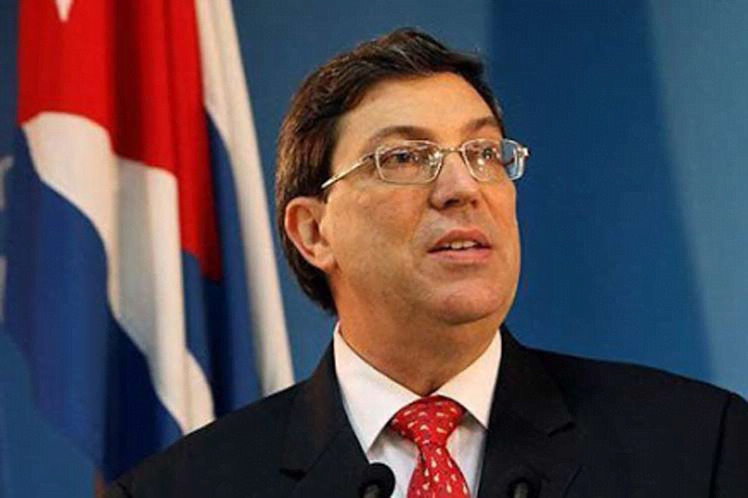 United Nations, June 22 (RHC)--Cuba's Minister of Foreign Affairs, Bruno Rodríguez, denounced on Tuesday the tightening of the economic, commercial, and financial blockade by the United States against his country during the Covid-19 pandemic.

In a tweet, the foreign minister pointed out that the U.S. government decided to maintain its criminal policies amid the fight against the disease, which is why he described Washington's siege as a virus.

According to Cuban authorities, Donald Trump's administration imposed 243 unilateral coercive measures to suffocate the Cuban economy, of which 55 were implemented during the international health emergency.

Despite the overwhelming international community rejection and the calls from the United Nations to eliminate all provisions that limit the ability of States to deal with the pandemic, Joe Biden's administration keeps Trump's measures in force.

In particular, during the scourge of Covid-19, the White House deliberately hindered the import of necessary supplies, as illustrated by the refusal of the U.S. Department of Transportation to the requests of some airlines to operate flights to Cuba with humanitarian cargo.

The report adds that, due to the tightening of the blockade, the German companies Sartorius and Merck and Cytiva and other suppliers of laboratory material, reagents and supplies, stopped their shipments to Cuba in 2020.

In total, the island could not access 32 equipment and supplies related to the production of its vaccine candidates against Covid-19 or to the execution of stages of clinical studies; among this equipment for purification, filtration tanks, and capsules, thiomersal, bags, and reagents.