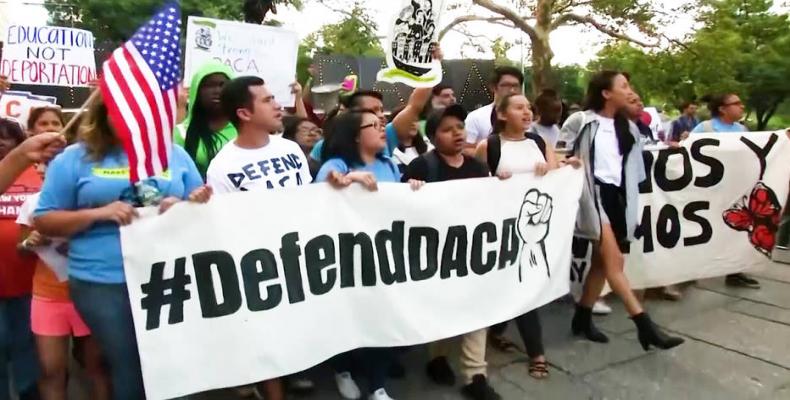 Washington, June 19 (RHC)-- In a massive win for immigrant rights, the U.S. Supreme Court has ruled against President Trump’s attempt to end DACA, a program that protects nearly 700,000 immigrants from deportation.

In 2017, Trump tried to end the Deferred Action for Childhood Arrivals program created by President Obama in 2012.  But in the 5-4 decision, led by Chief Justice John Roberts, the court concluded Trump’s “total rescission” of DACA was “arbitrary and capricious.”

A group of DREAMers celebrated the ruling outside the Supreme Court, expressing their support for the court's decision.