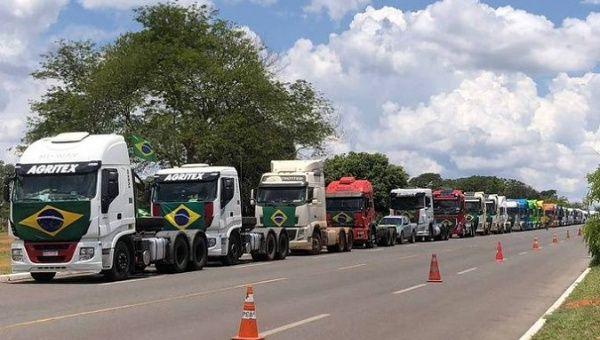 Framed within an investigation of anti-democratic acts, the freezing of bank accounts affects at least 43 agricultural entrepreneurs supporting far-right President Jair Bolsonaro, who was defeated in the second round of the presidential elections held on October 30th.

These businessmen own many of the trucks that blocked highways in protest at the victory of the Workers' Party in the elections.  In the last week, the far-right activists have placed their vehicles in front of barracks with the undisguised objective of demanding a military coup.

Until now, the generals have ignored the requests of these Bolsonaro supporters who ask to "save Brazil from communism" by preventing Lula from assuming office on January 1st.  Judge De Moraes specified that the far-right rallies demanding a coup d'état represent an abuse of the right of assembly since they seek to promote non-compliance with the electoral decision, the rupture of the rule of law, and the installation of an illegal regime.

The actions have taken place outside of the Army Barracks in Brasilia, where Bolsonaro's supporters have been camping since October 31st, with the logistical support provided by the far-right businessmen.  "This scenario requires an absolutely proportional reaction from the State, in the sense of preserving fundamental rights and guarantees," Judge De Moraes pointed out.