Trump suggests he might leave the U.S. if he loses to Biden 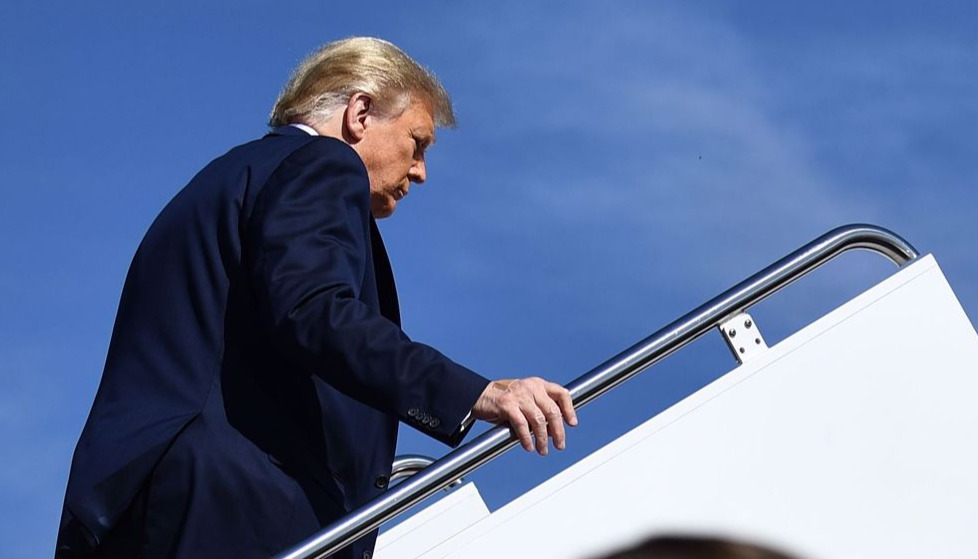 Atlanta, October 17 (RHC)-- U.S. President Donald Trump has suggested he might leave the United States if he loses to his Democratic rival Joe Biden.

“You know what?  Running against the worst candidate in the history of American politics puts pressure on me,” Trump said at a campaign rally in Macon, Georgia, on Friday.  Trump told the crowd that he would perhaps have to go to another country if he lost his reelection bid in the 2020 presidential race next month.

“Could you imagine if I lose?  My whole life... what am I going to do?  I’m going to say, I lost to the worst candidate in the history of politics!  I’m not going to feel so good.  Maybe I’ll have to leave the country, I don’t know,” Trump added.

Trump faces multiple potential prosecutions should he fail to win a second term in office and could spend time in prison for his past criminal activities.  Until now, the presidency has afforded him protection against court prosecutors.

However, Trump is currently under investigation for his tax returns and fraud in his financial business dealings as a private citizen -- both as an individual and through the company run by family.

Trump also faces multiple lawsuits sparked by his denials of accusations made by women who have alleged he assaulted them, including E. Jean Carroll, the former magazine columnist who has accused him of rape.  In addition, Trump faces allegations of graft and corruption during his presidency.

As the President of the United States, Trump has been able to thwart several of these investigations and lawsuits due to the protections afforded by his official position.  Many of those lawsuits, however, have wound through the courts and will come to a head whether he is re-elected or not.

Legal experts believe that if Trump is not the U.S. President, it will make it easier for prosecutors and plaintiffs in civil cases to pursue their cases against Trump, prompting him to flee to another country to escape prosecution.

In the meantime, pre-election surveys show Trump is behind Biden by a wide margin in most polls covering national and many battleground states.