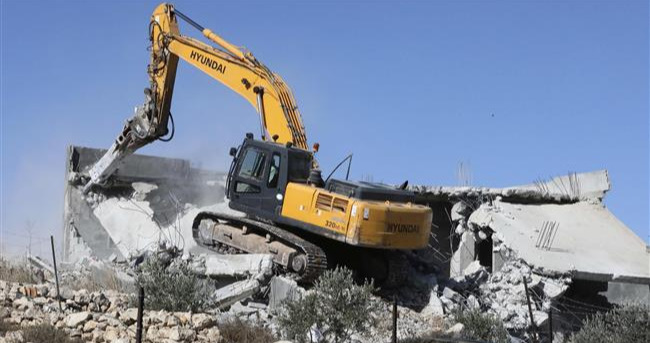 Amman, November 10 (RHC)-- Jordan has called on the international community to put pressure on the Israeli regime to cease demolishing Palestinian homes in the occupied West Bank, and rescind a threat to destroy Palestinian educational centers.

Spokesman for the Jordanian Ministry of Foreign Affairs and Expatriates Deifallah al-Fayez stated that recent Israeli demolition of Palestinian homes in the village of Homsa al-Baqia, evacuation of local residents and confiscation of their lands contravene international law, and are all in flagrant violation of human rights law and the Tel Aviv regime's obligations in the Occupied Territories.

The senior Jordanian official also called on the international community to take decisive measures to put pressure on Tel Aviv to end its illegal actions, which undermine efforts aimed at peaceful resolution of the Palestinian-Israeli conflict.

Last Tuesday, Israeli bulldozers razed Homsa al-Baqia village – including tents, sheds, portable toilets and solar panels – near the city of Tubas in the strategic Jordan Valley.  According to Abdelghani Awada, who has been left homeless by the operation, Israeli forces arrived in vehicles and with bulldozers, and gave local people only “10 minutes to evacuate” their homes.

The United Nations Office for the Coordination of Humanitarian Affairs (OCHA) has warned that there has been a sharp increase in the number of Palestinian houses being demolished by Israel in the occupied West Bank during the coronavirus pandemic.

UN Humanitarian Coordinator for the Palestinian territories Jamie McGoldrick has also said that the trend would make the Palestinians more susceptible to health risks.  Israeli authorities demolish Palestinian homes in the occupied West Bank, usually claiming that the structures have been built without permits.

They also sometimes order Palestinians to tear down their own homes or pay demolition costs to the municipality.

More than 600,000 Israelis live in over 230 illegal settlements built since the 1967 Israeli occupation of the Palestinian territories of the West Bank and East Jerusalem al-Quds.  The UN Security Council has condemned Israel’s settlement activities in the occupied territories in several resolutions.