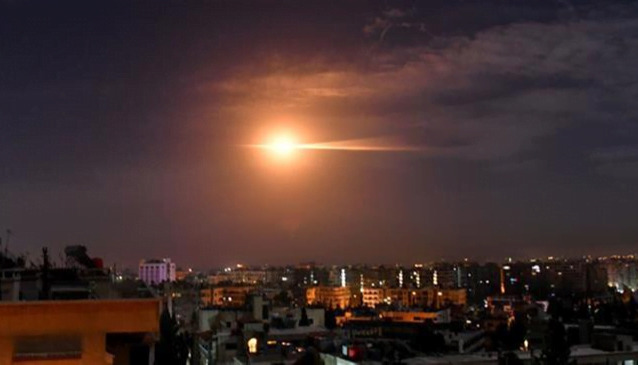 Damascus, November 18 (RHC)-- Syrian media say the country’s air defenses have confronted an Israeli aggression over the capital Damascus, also reporting a number of casualties.  Syria’s state news agency SANA reported early on Wednesday that the air defense units of the Syrian army had successfully intercepted the aggression from the Israeli-occupied Golan Heights over Damascus' airspace.

There were no official reports of damage or casualties, however, a Syrian military source told SANA that the assault had led to the martyrdom of three soldiers and the injury of another.

Israeli military confirmed in a rare statement that it had launched airstrikes on Syrian targets inside the Arab country.  Israel frequently targets military positions inside Syria, especially those of the resistance movement Hezbollah which has played a key role in helping the Syrian army in its fight against foreign-backed terrorists.

The Arab country has been gripped by foreign-backed militancy since March 2011.  The Syrian government says the Israeli regime and its Western and regional allies are aiding Takfiri terrorist groups that are wreaking havoc in the country.

Israel mostly keeps quiet about the attacks on Syrian territories which many view as knee-jerk reaction to Syrian government’s increasing success in confronting terrorism in country.  The Tel Aviv regime has been a main supporter of terrorist groups that have opposed the government of President Bashar al-Assad since militancy erupted in Syria nine years ago.

Syrian government forces have taken back many areas once controlled by the terrorist groups.