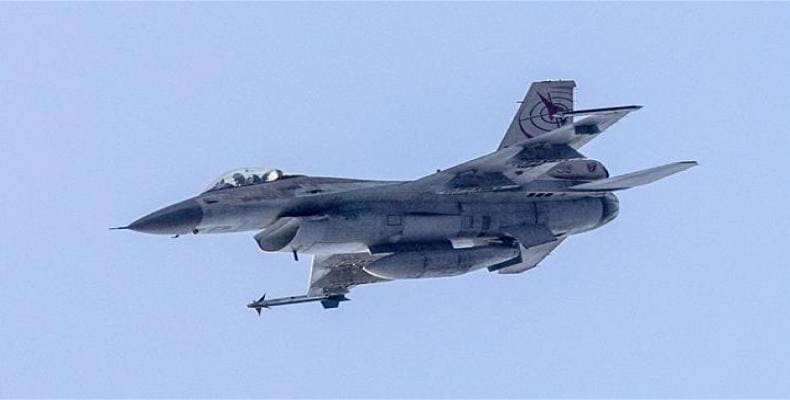 Damascus, October 17 (RHC)-- The Syrian army says its air defense has responded to an Israeli aerial violation of the Arab country’s territory in the vicinity of the Lebanese border, hitting an intruding warplane and forcing the fighter jets to retreat.  According to a statement released by Syria’s General Command of the Army and Armed Forces, carried by the country’s official news agency, SANA, an unknown number of Israeli warplanes violated Syria’s airspace on the border with Lebanon in Baalbek area early Monday morning.

An anti-aircraft battery of the Syrian army, located some 50 kilometers from the capital Damascus, then “responded and directly hit one of the jets, forcing [the enemy] to flee,” the statement further read, adding that the Israeli jets returned fire at 11:38 a.m. local time by firing multiple missiles from inside the occupied territories that hit a Syrian army position in the countryside of the capital, resulting in material damage.

The army further threatened Israel with “dangerous repercussions” for the airstrikes and its repeated aerial aggression attempts, stressing Syria’s determination to continue its war against the terrorist groups, “Israel’s arm in the region.”

The Israeli military, for its part, issued a statement later in the day, saying that the fleet was in fact consisted of Israeli reconnaissance planes, which “were in the skies over Lebanon, and not in Syria.”  It added that neither of the Israeli warplanes sustained damage in the process and returned home “safely.”

During the past few years, Israel has frequently attacked military targets in Syria in what is considered as an attempt to prop up terrorist groups that have been suffering heavy defeats in their fight against Syrian government forces.

Back in April 2015, Israeli Prime Minister Benjamin Netanyahu officially admitted for the first time that the regime's military had conducted strikes in Syrian territory.

Damascus says Israel and its Western and regional allies are aiding Takfiri terrorist groups operating inside the Arab country, while the Tel Aviv regime's military carries out such sporadic strikes against Syrian government forces.  The Israeli regime has even set up field hospitals to treat wounded militants evacuated from Syria.

Moreover, the Syrian army has repeatedly seized huge quantities of Israeli-made weapons and advanced military equipment from the foreign-backed militants inside Syria.