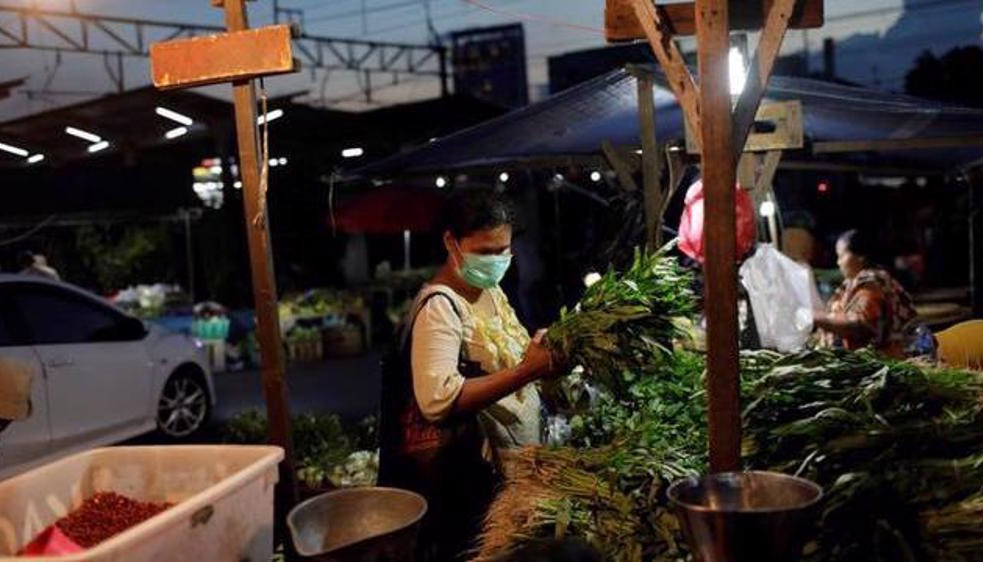 A woman wearing a protective mask shops for vegetables at a traditional market in Jakarta, Indonesia. (Photo: Reuters)

The Food and Agriculture Organization’s food price index, which measures monthly changes for a basket of cereals, oilseeds, dairy products, meat and sugar, averaged 105.0 points last month, versus a slightly revised 101.0 in October.  The October figure was previously given as 100.9.

The Rome-based FAO also said in a statement that worldwide cereal harvests remained on course to hit an annual record in 2020, even though it trimmed its forecast for a third month running.  Vegetable oil prices led the upward charge in the overall index, surging 14.5% month-on-month, thanks largely to a rally in palm oil prices tied to a sharp fall in global inventories.

The cereal price index posted a more modest 2.5% rise in November from the month before, some 19.9% above its value a year earlier.  Wheat export prices were pushed higher as a result of “reduced harvest prospects” in Argentina, while maize prices were lifted partly by lower crop forecasts in the United States and Ukraine. Rice prices held steady.

Average sugar prices increased 3.3% from October amid fears of a future shortfall in global production as poor weather hit crop prospects in the European Union, Russian and Thailand.

The dairy index climbed 0.9% on the month to a near 18-month high, driven in part by firmer butter and cheese prices.  The meat index also pushed up 0.9%, ending a run of nine consecutive monthly declines, but is down 13.7% on the year.

The FAO revised down its forecast for the 2020 cereal season for a third month running, cutting it to 2.742 billion tonnes from a previous 2.75 billion tons.  However, this still represents a record high and is 1.3% above last year’s level.

“Looking further ahead, planting of the 2021 winter wheat crop in the northern hemisphere is underway, and sowings in several major producing countries are foreseen to increase driven by remunerative prices, although recent dry weather could curb planting expansions and hinder yields,” FAO said.