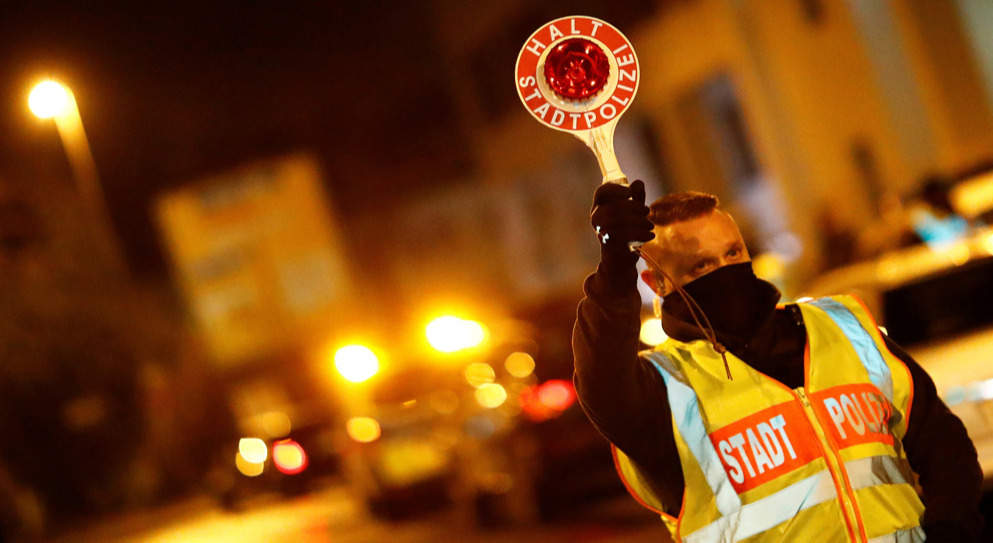 Berlin, December 16 (RHC)-- Europe has tightened coronavirus restrictions ahead of Christmas, with a number of countries entering weeks of lockdown, amid a surge in infections in recent weeks.

Germany has announced a harsh lockdown, starting from Wednesday, in an effort to stop a sharp rise in infections.  Under the measures, schools will be closed and only essential businesses such as supermarkets and banks will be allowed to remain open.  The restrictive lockdown measures will be in place until January 10.

Germany reported another 952 deaths and 27,728 cases on Wednesday.  The country has so far recorded 1,391,086 infections and 23,566 related deaths, according to Johns Hopkins University data.

The Netherlands also entered a five-week lockdown, following a spike in infections.  Prime Minister Mark Rutte announced the measures on Tuesday, saying, "The Netherlands is closing down. We realize the gravity of our decisions, right before Christmas."  Bars and restaurants have been closed since mid-October in the country, but the partial lockdown has not slowed the spread of the virus enough, he said.

In the United Kingdom (UK), Prime Minister Boris Johnson has come under pressure to review plans aimed at easing coronavirus restrictions.  Johnson said data would be kept "under constant review" but the government wanted to "give families and friends the option to meet up" during the Christmas holidays.

Under current measures, up to three different households will be able to mix together indoors at homes.  The British Medical Journal (BMJ) and the Health Service Journal (HSJ), however, called on the government to tighten the rules.  "We believe the government is about to blunder into another major error that will cost many lives," both publications said in a joint editorial.

An adviser to Italy's Health Ministry also urged tighter restrictions to avoid a "national tragedy."  "We are in a war situation, people don't realize it but the last time we had this many deaths, bombs were dropping on our cities during the war," said public health professor Walter Ricciardi.  Ricciardi, an adviser to the Health Ministry, said the government should lock down the main cities completely.

Italy reported 846 COVID-19 deaths on Tuesday, taking the official total to 65,857, the fifth highest in the world.  The head of the national statistics bureau ISTAT, Gian Carlo Blangiardo, said on Tuesday that the overall number of deaths in Italy this year would exceed 700,000, compared to 647,000 in 2019.

Meanwhile, European Commission chief Ursula von der Leyen said on Tuesday that the European Union (EU) will start vaccinations on "the same day" in a sign of unity.  "To get to the end of the pandemic, we will need up to 70 percent of the population vaccinated," said von der Leyen.

"This is a huge task, a big task. So let's start as soon as possible with the vaccination together, as 27, with a start at the same day," she added.

Germany, France, Italy, and five other European states will coordinate the start of their vaccination campaigns, the countries' health ministers said in a joint statement on Tuesday.  The European Medicines Agency will hold a special meeting on Monday to discuss conditional approval for the Pfizer/BioNTech vaccine.

The United States reported another record daily number of COVID-19 cases on Tuesday.  The county has so far reported 16,725,039 cases of infection, with its number of fatalities having passed 303,000.

The number of global infections has topped 73.5 million, as more than 1.6 million have so far lost their lives to the virus.