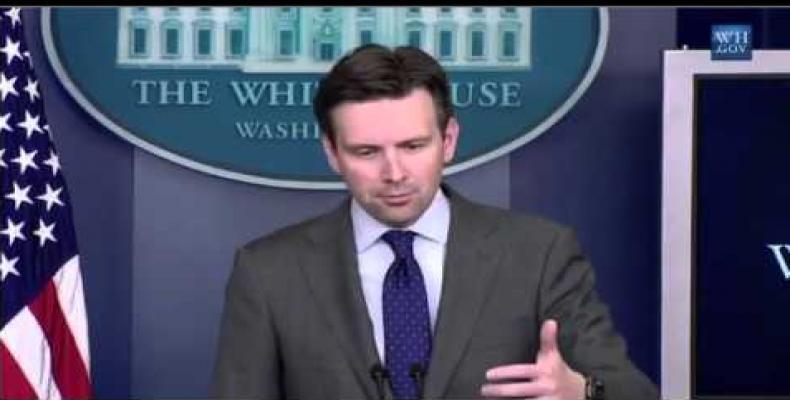 Washington, October 22 (RHC)-- The United States has tightened restrictions on passengers from three West African countries affected by the deadly Ebola virus. The Department of Homeland Security said on Tuesday it would begin requiring all travelers coming from Liberia, Sierra Leone and Guinea to land only at the five U.S. airports with extra health checks.

Homeland Security Secretary Jeh Johnson said: "We currently have in place measures to identify and screen anyone at all land, sea and air ports of entry into the United States who we have reason to believe has been present in Liberia, Sierra Leone or Guinea in the preceding 21 days." And he noted: “We are continually evaluating whether additional restrictions or added screening and precautionary measures are necessary to protect the American people, and will act accordingly.”

The Centers for Disease Control in Atlanta has said that the Ebola outbreak has so far left about 4,500 dead. One of the victims was American Thomas Eric Duncan who died after traveling from Liberia. Two nurses who treated Duncan contracted the virus and now are receiving treatment.

A new poll shows nearly two-thirds of Americans are worried about the spread of the Ebola epidemic across the United States. According to the results published on Tuesday, 65 percent of the respondents voiced concerns over the epidemic.