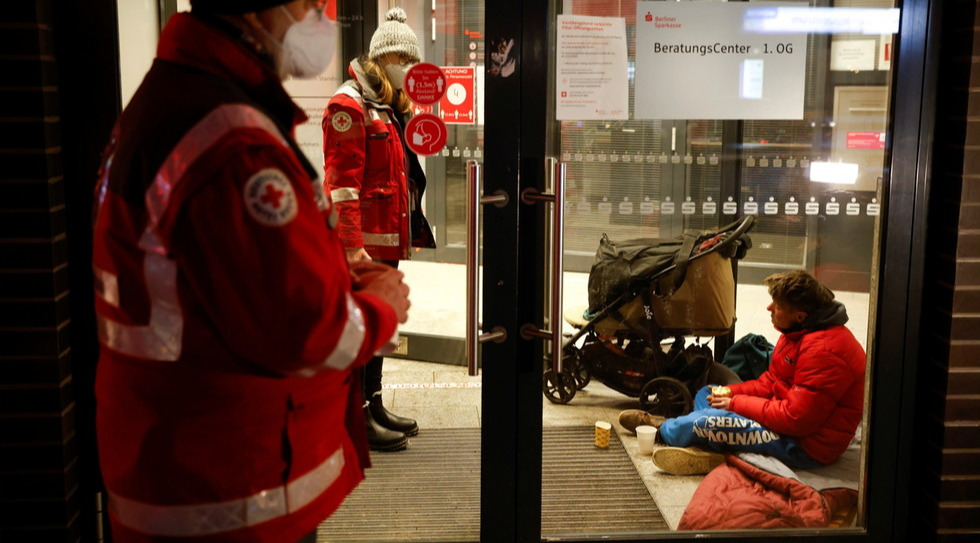 Berlin, December 10 (RHC)-- Health authorities in Berlin have expanded the COVID-19 health pass rules to railway and metro platforms, with its latest decision effectively banning the homeless, who often seek protection from cold weather there.

The new rules, in effect immediately, say that only people who are vaccinated, recently tested, or recovered from COVID-19 can access railway and metro platforms.  Previously, the rules only covered public transportation itself, like trains and buses.

Those without health certificates will be barred from entering the platforms, while security staff and “specially trained inspectors” will conduct checks and enforce the regulations, the city government said in a statement on its website.  All “other parts” of the train stations will still be accessible to anyone, they added.

The measures will not just affect passengers, but the homeless as well, since many of them use metro stations and railway platforms to keep themselves warm during the winter.  The city social services department acknowledged the issue, but said that “for the reasons of infection protection, an exception is not desired” and thus is not “possible” for the homeless.

Instead, Berlin authorities plan to ramp up efforts aimed at making vaccination and testing more accessible for the homeless, to help them comply with the regulations.  The social services department operates free public testing sites, enabling the homeless to be tested on a daily basis.

The city also said that a “daytime meeting place” for around 200 homeless people will be soon be open at a large restaurant in the city center known as the Hofbrauhaus. “A good alternative, including a testing option, will be created for all those who would otherwise only have access to the train stations,” a social services official told local media.

The city also currently offers around 1,150 places in overnight shelters for the homeless.

In early December, the German capital once again tightened restrictions amid a rise in COVID-19 cases. The rules limit the number of people taking part in large-scale events – 5,000 for outdoor venues, and half that number for indoor gatherings.  Restaurants and bars, as well as clubs and discos, have so far been allowed to stay open, although dancing is prohibited.