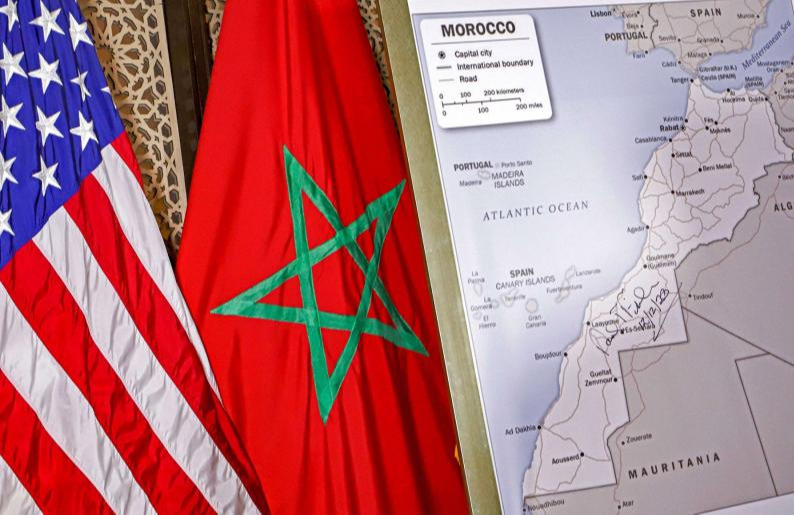 In a brief statement, Pompeo said it was “inaugurating a virtual presence post for Western Sahara, with a focus on promoting economic and social development, to be followed soon by a fully functioning consulate."  A 'virtual presence post' allows U.S. consular officials and staff to conduct remote, diplomatic engagement without maintaining a physical location in a designated city or region.

The State Department said the Western Sahara virtual presence post would be managed by the U.S. embassy in Rabat, the Moroccan capital.  The Trump administration on December 10 announced it recognized Morocco’s claim to Western Sahara as part of a U.S.-brokered deal that saw Morocco and Israel agree to establish formal diplomatic relations.

Morocco is the fourth country to sign a normalisation deal with Israel in the past months at the behest of the United States, after the United Arab Emirates, Bahrain and Sudan.

Washington’s recognition of Morocco’s claim to the area drew condemnation from the Polisario Front, which slammed it as “a blatant violation of the United Nations charter and the resolutions of international legitimacy.”

The U.S. was the first country in the world to recognize Morocco’s claim, William Lawrence, a professor of political science and international affairs at the American University, told Al Jazeera at the time.  “It’s a huge success for Moroccan diplomatic and lobbying efforts,” he said.

The U.S. said it continues to support a Moroccan proposal to grant limited autonomy to Sahrawis under overarching Moroccan control.  Pompeo said: “The United States looks forward to this increased engagement and we will continue to support political negotiations to resolve the issues between Morocco and the POLISARIO within the framework of Morocco’s autonomy plan.”