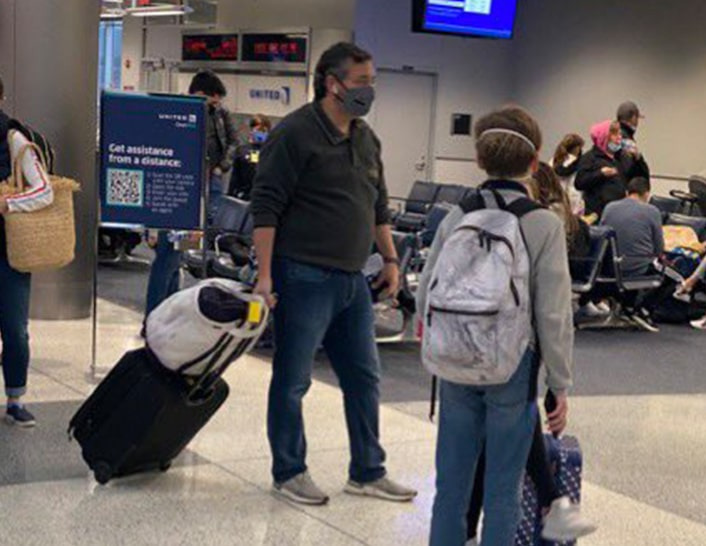 Senator Ted Cruz is under fire for reportedly travelling to Mexico while his state of Texas is dealing with a severe weather crisis.  (Photo: Alex Brandon/AP Photo)

“Just confirmed @SenTedCruz and his family flew to Cancun tonight for a few days at a resort they’ve visited before. Cruz seems to believe there isn’t much for him to do in Texas for the millions of fellow Texans who remain without electricity/water and are literally freezing”, former MSNBC anchor David Shuster tweeted shortly after midnight.

As the criticism snowballed Thursday, Cruz confirmed the travel in a statement saying, “With school cancelled for the week, our girls asked to take a trip with friends. Wanting to be a good dad, I flew down with them last night and am flying back this afternoon.”

Prior to Cruz’s statement, the Associated Press news agency reported Cruz went on the trip with his family for the long-planned trip to Cancun and was expected to return immediately, citing a source with direct knowledge of the situation who spoke on the condition of anonymity.

The Houston Police Department confirmed Cruz’s presence at George Bush Intercontinental Airport in Houston on Wednesday, according to USA Today.  Houston Police Chief Art Acevedo said in a statement: “HPD officers monitored his movements through the terminal” after his staff asked for their assistance.

Hundreds of thousands of people in Texas woke up on Thursday to a fourth day without power and heat, as a water crisis was unfolding after winter storms wreaked havoc on the state’s power grid and utilities.  In Austin, some hospitals faced a loss in water pressure and in some cases, heat.