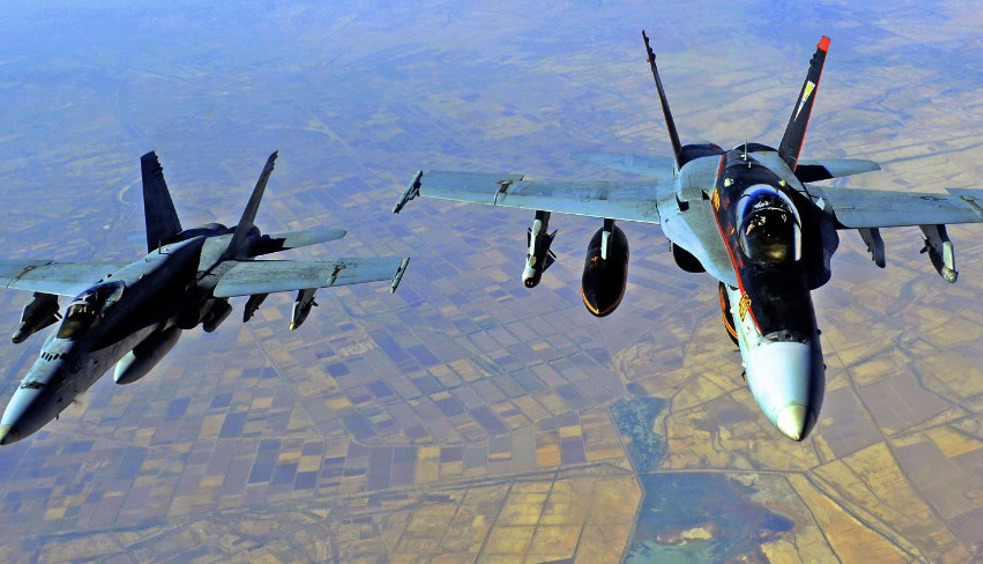 In this file US Navy handout image taken on October 4, 2014 two F-18E Super Hornets are pictured over Iraq after conducting an airstrike. (Photo: AFP)
​

Washington, February 26 (RHC)-- The United States military says it carried out attacks on facilities in eastern Syria "used by Iran-backed militia" -- in retaliation for recent rocket attacks on U.S. troops.

“These strikes were authorised in response to recent attacks against American and Coalition personnel in Iraq, and to ongoing threats to those personnel,” he said.