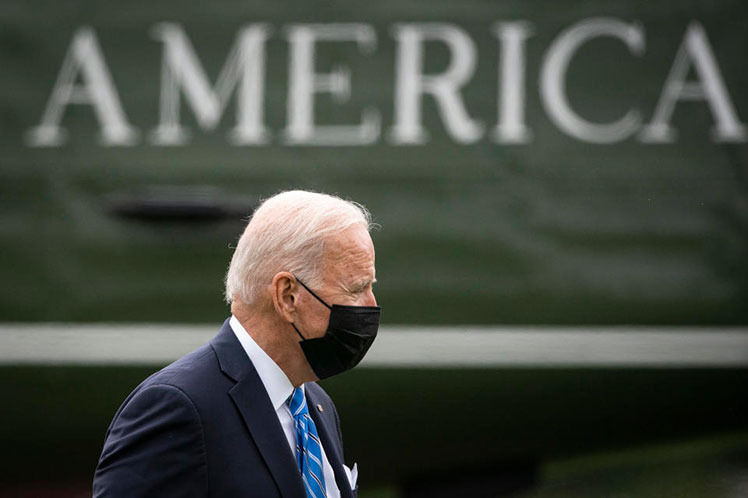 Washington, October 9 ( RHC) –U.S. President Joe Biden signed legislation on Friday to provide financial support to those affected by the alleged sonic attacks detected in several countries, incidents that, according to experts, are scientifically objectionable.

The legislation approved by Congress at the end of September responds to the complaints of the alleged victims, who are suffering from an illness that, according to the most recent evidence, is very likely to be the result of imagination.

“We are bringing to bear the full resources of the U.S. government to make available first-class medical care to those affected and to get to the bottom of these incidents, including to determine the cause and who is responsible,” Mr. Biden said of the law.

Although the law enacted today bears Havana's name, Biden noted that around the world, civil servants, intelligence officers, diplomats, and military personnel all around the world have been affected by anomalous health incidents.

Members of the Cuban Academy of Sciences called the narrative Washington used as justification for suspending consular services on the Caribbean island and withdrawing much of its workers in Havana during the Donald Trump administration 'mystery syndrome'.

Last week, a declassified report from the State Department itself ratified a truth that even the U.S. government finds hard to admit: there were never acoustic attacks against its diplomats in Havana.

The document pointed out that the sounds detected 'are of mechanical or biological origin, rather than electronic' and that the most probable source 'is the short-tailed guinea fowl'.

To date, the U.S. government claims that nearly 200 incidents similar to those allegedly recorded in Havana have occurred, only in places as different as India, Russia, Vietnam, and even Washington, D.C.