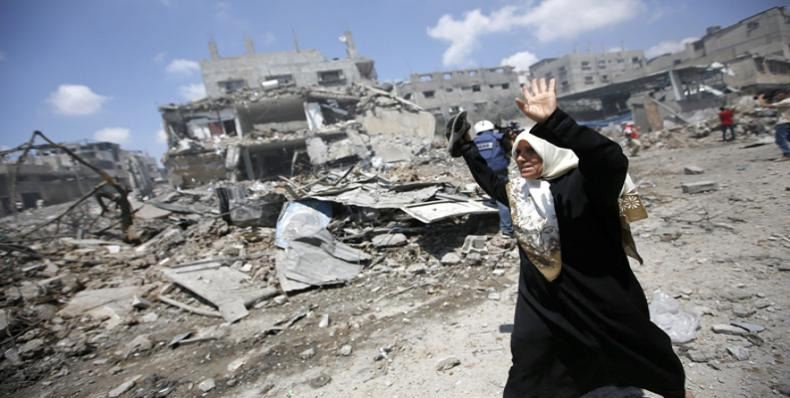 The Hague, March 4 (RHC)-- The International Criminal Court has opened a formal investigation into Israeli war crimes against Palestinians.  “I confirm the initiation by the office of the prosecutor of the International Criminal Court of an investigation respecting the situation in Palestine,” Chief Prosecutor Fatou Bensouda said in a statement on Wednesday.

“The investigation will cover crimes within the jurisdiction of the Court that are alleged to have been committed in the Situation since 13 June 2014.”  Bensouda said the office “will take the same principled, non-partisan, approach that it has adopted in all situations over which its jurisdiction is seized.”

The Palestinian Authority welcomed the move.  It is “a long-awaited step that serves Palestine’s tireless pursuit of justice and accountability, which are indispensable pillars of the peace the Palestinian people seek and deserve,” the authority’s foreign ministry said in a statement.

In addition, the Palestinian resistance movement Hamas said in a statement, “We welcome the ICC decision to investigate Israeli occupation war crimes against our people.  It is a step forward on the path of achieving justice for the victims of our people.”

Hamas spokesman Hazem Qassem told reporters: “Our resistance is legitimate and it comes to defend our people. All international laws approve legitimate resistance.”

In the Israeli camp, the ICC decision was under fire.  Foreign Minister Gabi Ashkenazi called it a “political decision” and an “act of moral and legal bankruptcy.”

In December, Bensouda announced that a five-year preliminary examination of the “situation in the state of Palestine” had provided her with “reasonable basis” to launch a war-crimes investigation into Israeli military actions in the besieged Gaza Strip as well as Israeli settlement activity in the occupied West Bank. But she had asked the court to determine whether she had territorial jurisdiction before proceeding.

Last month, the ICC confirmed that the territories occupied by Israel in the 1967 Arab–Israeli War were subject to its jurisdiction.

Israel occupied East Jerusalem al-Quds, the West Bank, and the Gaza Strip — territories the Palestinians want for their future state — during the six-day war in 1967. It later had to withdraw from Gaza.

Palestine was accepted as an ICC member in 2015, three years after signing the court's founding Rome Statute, based on its “observer state” status at the United Nations.

Both Israel and the United States have refused to sign up to the ICC, which was set up in 2002 to be the only global tribunal trying the world's worst crimes, war crimes and crimes against humanity.  Both have claimed they have credible legal systems that can properly adjudicate human rights violations, which make ICC intervention dispensable.

Nearly 2,200 Palestinians, including over 570 children, were killed during the 2014 Israeli war on Gaza.