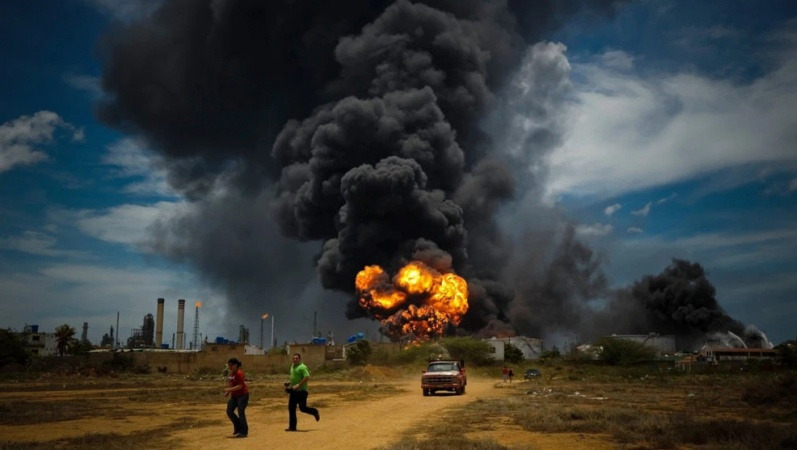 Residents near the Amuay oil refinery in Punto Fijo, Venezuela ran to safety after a blast.  (Photo: teleSUR)

Caracas, March 22 (RHC)-- A huge explosion has rocked a major gas pipeline in Venezuela, in what authorities believe to have been a terrorist attack.  The blast occurred at a pipeline belonging to oil and gas company Petroleos de Venezuela (PDVSA), in the state of Monagas' city of El Tejero, on Saturday.

Video footage shared on social media shows the blast throwing a pillar of fire into the sky.  Authorities evacuated residents living in the neighboring areas of the gas pipeline.  No casualties have so far been reported.

Venezuelan Minister of Industries and National Production and Minister of Petroleum Tareck El Aissami said the incident was plotted by terrorists.  He said that the blast was part of a series of "criminal attacks" with the purported intent to disrupt the work of PDVSA, but did not name any group or country.

The plant is a part of the production compressing gas and injecting it at high pressure into wells in the El Tejero, La Leona, and La Urica regions.  President Nicolas Maduro has repeatedly accused the United States of organizing attacks on communications, energy, and oil and gas facilities in the oil-rich country.