Venezuela sues the U.S. before the WTO for coercive measures 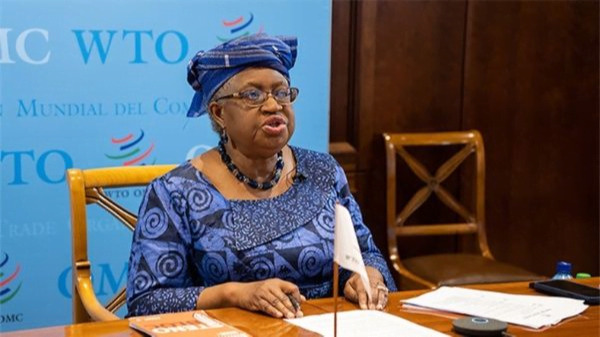 The first meeting of the dispute settlement mechanism, under the chairmanship of Nigeria's Okonjo-Iweala, was sabotaged by the United States. | Photo: Twitter: WTO

Caracas, March 27 (RHC)-- The Venezuelan government is suing the United States before the World Trade Organization (WTO) for the imposition of unilateral coercive measures, at the beginning of a meeting that ended up being suspended at the WTO headquarters in Geneva.

Shortly before, the Venezuelan Foreign Ministry had reported that Venezuela was suing the United States before the World Trade Organization for the imposition of unilateral coercive measures, which breach international trade rules and expressed in this regard that "sooner rather than later, Venezuela will defeat with the law what the United States intends to impose by force."

Arreaza's statements came on the occasion of a monthly meeting of the dispute settlement body of the World Trade Organization (WTO) which had to be cancelled this Friday, something very unusual, due to disagreements between the United States and Venezuela regarding the inclusion in the agenda of the trade conflict between them.

The meeting was suspended after the United States requested at the beginning of the meeting to remove this bilateral dispute from the agenda for not coming from the "legitimate Government of Venezuela," an allusion to the administration of Nicolás Maduro.

The Venezuelan delegation insisted that it was within its rights to bring the issue to the WTO, and a debate began in which countries such as Cuba and Russia expressed their support for Venezuela, while others such as Peru, Brazil and Colombia took the U.S. side.

Today, the resolution on the negative impact of unilateral sanctions on the enjoyment of human rights was adopted at the UN/Human Rights Council . It's so obvious its impact, that by elementary ethics, the countries that voted against it should lose their seat in the Council. Watch the vote: pic.twitter.com/UlyWEr8E1p