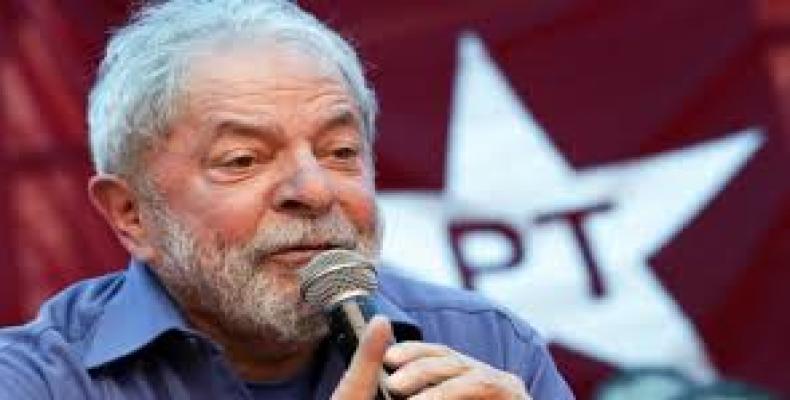 According to the portal Brasil 247, opinions are being exchanged discreetly within the political organization, taking into account "the radicalization of the political environment and the aggressiveness of the Bolsonaristas (supporters of President Jair Bolsonaro) who are perceived as a risk for Lula's personal safety."

The site points to a report from the newspaper Folha de Sao Paulo, published the day before, which warns that "it is no secret that an important part of the Bolsonarista base is enthusiastic about weapons' and that this group, like the ex-military, defends the use of violence."

The site alludes to the fact that Bolsonarismo's relations with the militia and the most radical sectors of the state police are notorious.  Recently, the U.S. journalist Brian Mier, in a contact with TV 247, warned that the U.S. government is preparing an attack against Brazil, possibly to prevent the return to power of Lula, who is leading the opinion polls for the elections.

Mier referred to statements made by Washington's ambassador to Brazil, Todd Chapman, about his country's concern with corruption in the South American giant, and not with democracy.

"He (Chapman) was honest.  The United States is not concerned about democracy, but about oil. That was exactly the main reason for the 2016 coup, to privatize the pre-salt (large reserves of fuel and natural gas)," said Mier about the diplomat's speech.   He called to stay alert to a new U.S. onslaught and recommended mounting a defense against what is coming.

"Get ready for another coup next year, get ready for a bombardment in the social networks against the PT and Lula, because this is the new tool of the full spectrum war, originating in the United States," he warned.

He insisted that "there is another attempt of electoral coup, which is mounted with the help of the United States, the CIA (Central Intelligence Agency) that, probably, was there visiting Bolsonaro, and it worries me a little bit."

Also the governor Flavio Dino, of the state of Maranhão (northeast), alerted Lula about a possible attack in the electoral campaign of 2022.  Dino, who warned about this risk in the last meeting in Sao Paulo with the PT founder, was not the only political leader to do so.

The state authority affirmed he was convinced that the next campaign will be a campaign marked by acts of violence in view of the possibility that Bolsonaro will be defeated at the polls.