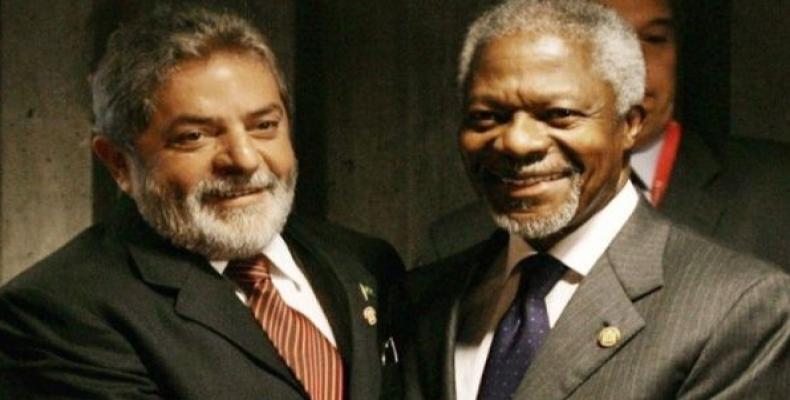 While the United Nations' Human Rights Committee has determined that the Brazilian state must “take all necessary measures” to allow the former head of state to exercise his full political rights as a candidate, the PT is still waiting for the Superior Electoral Tribunal, or TSE, final ruling on his registration as a candidate.  At that point, they will decide on running a series of ads dedicated to his presidential campaign.  The premiere program shows Lula as a presidential candidate and former Sao Paulo mayor, Fernando Haddad as his running mate for vice president.

Meanwhile, Brazil's most extensive public survey and research organization, Datafolha, has revealed that Lula's lead in the presidential race has jumped to 39 percent of likely voters, 20 points ahead of his closest rival, Rio de Janeiro congressman Jair Bolsonaro.

The poll also indicated that if the TSE negates Lula's presidential candidacy and Brazil's judicial system ignores the UN ruling on restoring his full political rights, 31 percent of voters would transfer their votes to a presidential candidate chosen by Lula.  At present, that candidate is Haddad.  The Datafolha survey interviewed 8,433 people on August 20th and the 21st.

Despite his conviction and imprisonment for corruption, events that many legal experts and observers attribute to lawfare and a salacious mainstream media campaign, Lula has topped every 2018 electoral poll conducted by Vox Populi, Ibope, Datafolha, Data Poder 360, Instituto Parana, the National Confederation of Transportation/MDA and Ipsos.

Lula's two terms in office were marked by a slew of social programs, lifting millions of Brazilians out of poverty and removing the country from the United Nations World Hunger Map. He left office with a record approval rating of 83 percent in 2011, according to Datafolha.