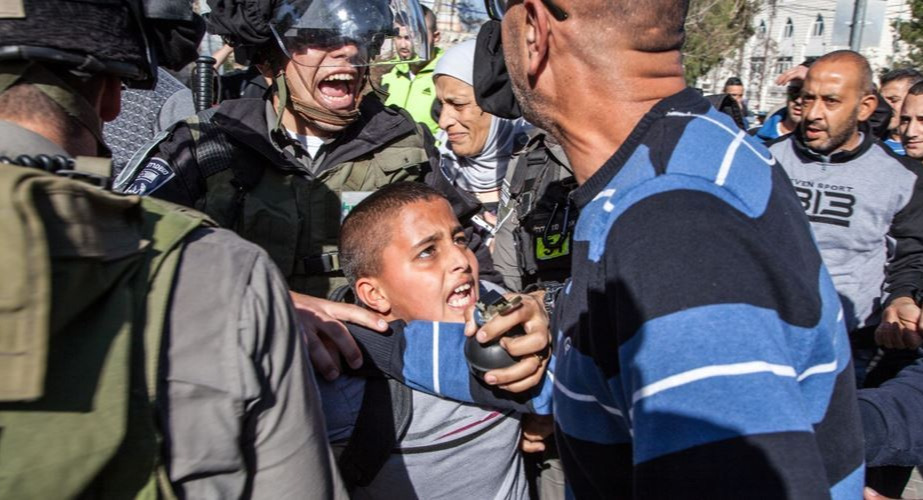 While the military claimed these raids were for security reasons, the authors of the report by Israeli rights organizations concluded that they were used foremost as a tool for "creating deterrence and intimidation to increase military control over the population."

Ramallah, September 24 (RHC)-- Nidal Rajabe says his children are traumatized and in a permanent state of fear as his family home in Silwan, occupied East Jerusalem, has been invaded several times by Israeli security forces.

“My children are unable to sleep at night peacefully, always fearful of the next raid by the police,” Rajabe told Al Jazeera.  He said family members had been arrested during the raids, including his 17-year-old son Harby, but he also believes they were designed to intimidate him.

Rajabe is one of more than 1,500 Palestinian residents in Silwan facing the threat of home demolition and forced expulsion.   Israel has claimed that demolition orders are issued to people who built properties without building permits.

Palestinian residents and human rights groups contend that Israel makes it almost impossible for Palestinians to get the required building permits and that this Israeli policy is a deliberate plan to Judaise the eastern sector of the city.

Rajabe’s butchery was demolished in July for not having a building permit. His home is also under threat of demolition for the same reason.

When Israeli security forces, accompanied by bulldozers, invaded his business to carry out the demolition, Rajabe says he and several of his brothers were assaulted and jailed for a few days for resisting arrest.

Rajabe’s son Harby was shot in the back by Israeli forces during a protest against the demolition. He underwent surgery to remove shrapnel from his internal organs after the bullet exploded internally. He now struggles to walk.

“Harby has been deeply traumatised by his experience but so have my other children: Ahmed, 17, Marwa,13, and twins Muhammad and Bisan, 9, and it has affected their behaviour,” Rajabe told Al Jazeera.

The report was based on three years of research involving 158 interviews of Palestinians who experienced home invasions, as well as more than 40 soldiers who carried them out.

“The ever-present threat of possible invasion makes this policy a violent, oppressive tool that serves as a central element in Israel’s system of control over the Palestinian population,” the researchers said – adding that “home invasions may seriously impede daily functioning and the emotional and mental development of both adults and children”.

The raids normally lasted 80 minutes, involving anything from a handful of soldiers to approximately 30, and are usually conducted at night.   The Israeli rights groups said the Israeli security forces conducted raids on Palestinian homes to search for money, weapons or other items; to make arrests; to scope out the physical features of the house and the identity of its occupants; and to seize for operational security needs, like setting up an observation post.

But while the military claimed these raids were for security reasons, the authors of the report concluded that they were used foremost as a tool for “creating deterrence and intimidation to increase military control over the population.”