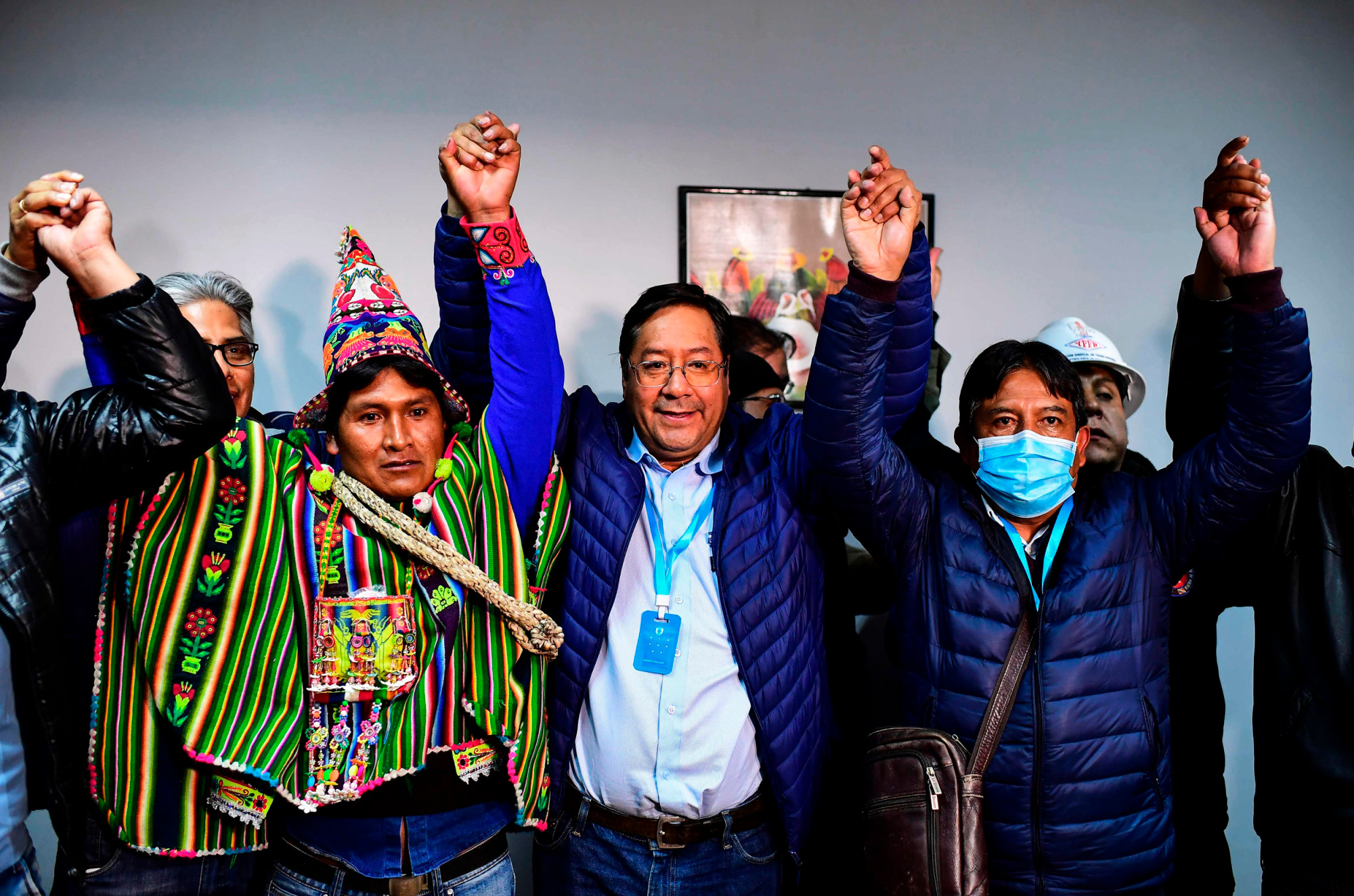 Prior to the president's speech, Vice President David Choquehuanca referred to the popular demand for justice in view of the deaths and violations of human rights and cases of racism during the period of the de facto government of Jeanine Áñez.

In this regard, he indicated that what happened in 2020 compared to 2021 is a reflection of irreversible change and stressed the need to use democratic means and the rule of law to banish fascism and other forms of extreme violence.

"2020 has warned us and taught us that political chaos, deaths, racism, abuse, corruption, injustices, violation of human rights, is not the path of our plurinational system.  It is the obligation of all of us to identify those responsible so that these events never happen again," he affirmed.

In this sense, he referred to the importance of justice acting respecting due process, but identifying those responsible so that the facts do not go unpunished.  "A country without justice is a nation submerged in disorder and chaos, justice has to seek the truth, the people need to know the truth, the people demand justice," he said.

Luis Arce, on his part, presented before the Legislative the results of his first 12 months in office.  In relation to his administration, he said that 54.4 percent of the Bolivian population over 18 years of age is fully vaccinated against COVID-19, thanks to the application of 7.9 million doses of the more than 15.4 million free antigens distributed.

At the same time, he noted that in the third wave of the pandemic, immunization was massive, reaching 64 percent of first doses and 54 percent in second doses, in addition to implementing active epidemiological surveillance.

The Bolivian head of state recalled that when he took office in November 2020, the country had a deep health crisis due to the coronavirus.  "In Bolivia, COVID-19 arrived in March 2020, bringing pain, mourning and impotence in the face of a clear inability to manage the health crisis of the de facto government, the lack of medical supplies, medicines, oxygen, massive PCR tests, trained personnel resulted in shocking figures of lethality, in a scenario that, despite having adopted rigid and flexible quarantines, did not foresee hope for the Bolivian people," he commented.

To face this situation, the Bolivian president said that three lines of action were implemented, including free mass testing, free vaccination and the strengthening of the health system at the state level.

"With these actions we went from a lethality rate of 6.2 percent in the first wave, to a lethality that did not exceed 2.7 percent in the second and third waves. At the beginning of this fourth wave, the lowest levels of the entire pandemic were recorded at 0.96 percent in November 2021," he said.

Arce continued his speech, outlining the work of the Government to favor pregnant women with the Juana Azurduy Bonus.  He added that through the Unified Health System and the National Intercultural Community Family Health Policy, the number of births attended by qualified personnel increased.

He also referred to the reestablishment of sports institutions taken over after the de facto government, through the reopening of centers, incentives for sports practice and economic support.