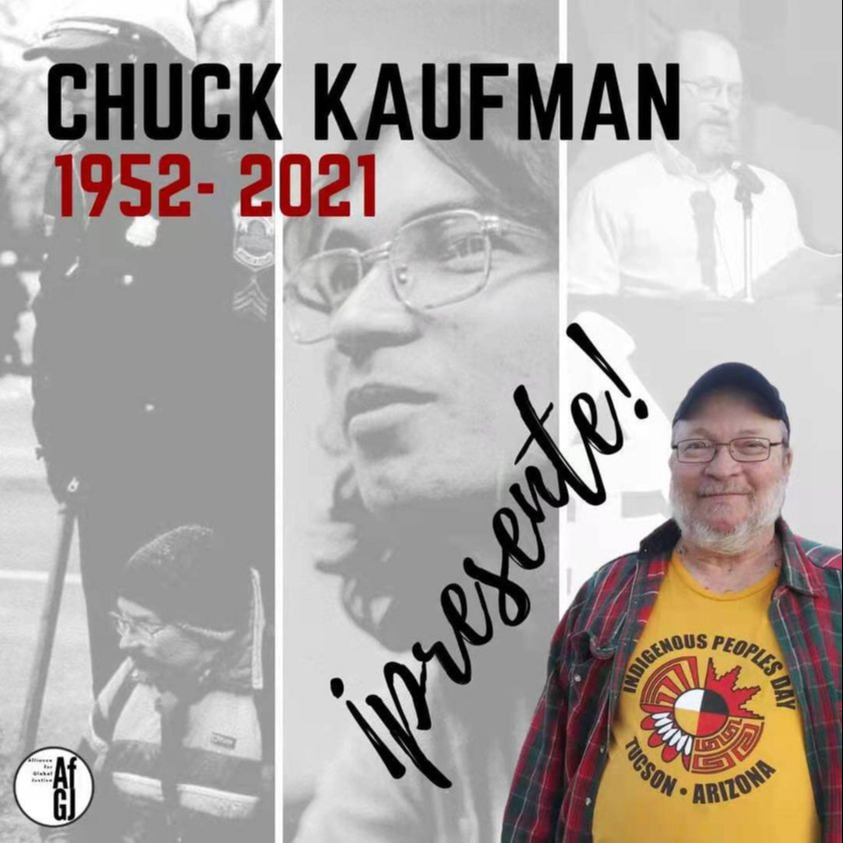 Chuck Kaufman, a U.S. political activist and long-time fighter against U.S. imperialism, has died at the age of 69 in Tucson, Arizona.

Tucson, December 30 (RHC)-- Chuck Kaufman, a U.S. political activist and long-time fighter against U.S. imperialism, has died at the age of 69 in Tucson, Arizona.

On its website, the Alliance for Global Justice wrote:

"It is with great sadness that the Alliance for Global Justice announces that Chuck Kaufman, our National Co-Coordinator and one of the founders of AfGJ, has died.  He passed peacefully of natural causes on Tuesday, December 28, 2021 in his Tucson, Arizona home after a brief illness.

Chuck was a true leader, a visionary, a master strategist and above all, a loving and kind comrade and friend.  Through his wise stewardship Alliance for Global Justice grew to become a major force in building the capacity of grassroots organizers throughout the Americas to confront imperialism, neoliberalism and oppression in all forms and to strive to curb U.S. violations of human rights, both within and outside its borders.

Chuck was a leader of the Central and Latin America solidarity movements since joining the staff of the Nicaragua Network in 1987.  Chuck had been in the front ranks of the movements to support the right of people in Latin America and the Caribbean to dignity, sovereignty, and self-determination.  He has led delegations to Nicaragua, Venezuela, Haiti and Honduras.

Chuck often wrote and spoke about U.S. democracy manipulation programs through the National Endowment for Democracy and US Agency for International Development as well as what he called the need to look to the Abolition Movement as our inspiration to change the culture of U.S. militarism.

He was a board member of the Latin America Solidarity Coalition and a leader of the LASC’s effort to build a stronger movement to oppose US militarism and the militarization of relations with Latin America.  He was a founder of the Act Now to Stop War and End Racism (ANSWER) Coalition and has spoken at most of the major Washington, DC anti-war demonstrations.  Through AfGJ, he was a founding board member of the Honduras Solidarity Network."