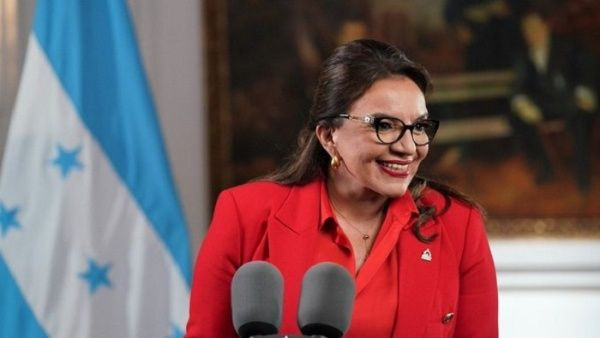 "We are in the process of dismantling the dictatorship and reversing the coup d'état," said Xiomara Castro. | Photo: @XiomaraCastroZ

Tegucigalpa, June 29 (RHC)-- The president of Honduras, Xiomara Castro, highlighted the struggle of the Honduran people after the coup d'état against then president Manuel Zelaya -- commemorating the 13th anniversariy

President Xiomara Castro pointed out that the exiled, politically persecuted and imprisoned are those who for 13 years have bravely resisted repression and humiliation.

"Today and always we will be paying tribute to the Honduran resistance that for more than a decade has fought head-on against a model of dependence and colonial exploitation against the coup d'état and the cruel dictatorship," said the head of state.

The Honduran president defined as "duty and historical responsibility" to pay tribute to "the brave former presidents" of the brother countries of Latin America and the Caribbean and "to their close collaborators who accompanied them in those fateful moments" and who raised their voices of protest against the attack on democracy.

She described the Honduran coup d'état and dictatorship as the conservative restoration of the new Plan Condor in the continent.

The Honduran president reaffirmed that she has received a country in ruins, plundered by the coup, which she said for more than ten years corrupted the public administration, handed over the State's finances, associated with drug trafficking "inheriting to these and future generations the largest debt in the history of Honduras."

"Surely with the moral strength that assists us we are going to defeat them," he said.  In the 152 days of the government, Xiomara Castro confirmed that laws of the dictatorship have already been repealed.  "We are in the process of dismantling the dictatorship and reversing the coup d'état."