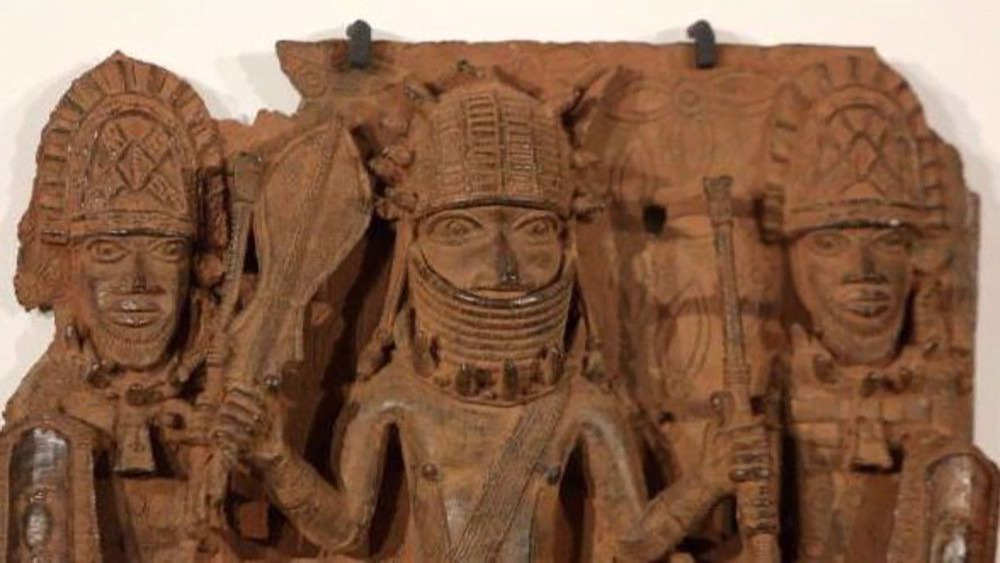 This plaque from the Benin Bronzes collection at the Horniman Museum depicting a war chief and two military guards is one of the most highly regarded works of African art looted by British colonial soldiers from Nigeria in 1897.

London, August 10 (RHC)-- A British museum in the capital city of London has said that it would return dozens of artifacts looted by UK soldiers in Nigeria.  The Horniman Museum has announced that it was obvious that the ancient artifacts had been “acquired through force” by colonial British soldiers.

“Ownership of 72 objects, which were forcibly removed from Benin City during the British military incursion in February 1897, will be transferred to the Nigerian government,” the museum said in its statement.

The museum noted that handing back the artifacts that were forcibly looted in the late 19th century was the right thing to do.  The items that the museum aims to return include a collection of famed Benin Bronzes.

In addition to the Benin Bronzes, a brass cockerel altarpiece, ivory and brass ceremonial objects, brass bells and a key to the king’s palace are other artifacts that the Horniman Museum and Gardens in London’s southeast said would be handed over to the Nigerian government.

“The collection includes 12 brass plaques, known publicly as Benin bronzes. Other objects include a brass cockerel altar piece, ivory and brass ceremonial objects, brass bells, everyday items such as fans and baskets, and a key ‘to the king’s palace,’” it stated.

Nigeria’s National Commission for Museums and Monuments (NCMM) welcomed the move and said it looked forward to further discussions in this regard.

In the meantime, tens of thousands of ancient artifacts, treasures, sculptures, and other artworks, which were looted by the colonists in past centuries, are still being kept in European museums.

The Nigerian government has stepped up its demands in recent years for European countries to hand back the artifacts.  The British Museum has 73,000 African artifacts.  Germany’s Ethnological Museum has 75,000.  Other Western countries, most notably France, Belgium, Holland, Italy and Spain have artifacts as well.

In this regard, French President Emmanuel Macron has publicly acknowledged the past atrocities committed by French colonial troops and police in African states’ history, particularly Algeria.