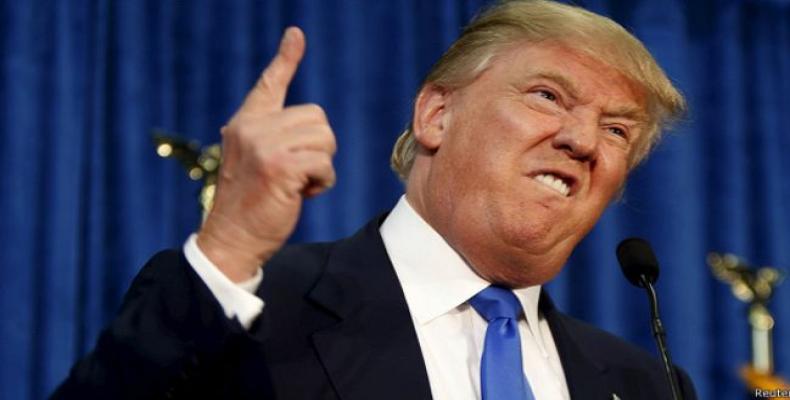 The court on Tuesday ended a three-year battle and cleared the way for a Democratic congressional committee to examine Trump’s tax returns.  The court's ruling means that the Treasury Department may quickly hand over six years of tax records from Trump and some of his companies to the House Ways and Means Committee.

Trump responded to the decision on Wednesday, denouncing the top court, three of whose justices he appointed when he was in office.  “Shame on them!” Trump wrote in a post on his Truth Social account.

“Why would anybody be surprised that the Supreme Court has ruled against me, they always do!  The Supreme Court has lost its honor, prestige, and standing, & has become nothing more than a political body, with our Country paying the price,” he wrote.

Trump has nominated a third of the justices, but his nominees have uniformly ruled against his requests regarding his finances and attempts to withhold documents from congressional investigators.  The court decision immediately raised speculation about whether the records Trump has so far guarded would at some point become public.

Back in 2020, the New York Times published damning information about Trump’s wealth and taxes after obtaining tax information about the then president going back two decades.  According to the documents, Trump paid barely any federal income tax.  But he has not faced any conclusive legal consequences up to now.
He said once that he was “smart” by not paying income taxes, arguing that if he did, the money would be “squandered.”

Earlier this month, Trump declared his intention to seek the White House again in 2024.  One is related to the documents taken from the White House and found at Mar-a-Lago, while the other concerns the January 6, 2021, attack on the Capitol.

On January 6, Trump gave a provocative speech to his supporters, refusing to concede his election loss to Joe Biden, and the crowd proceeded to march on Capitol Hill, breaching the perimeter, attacking security guards, and sending lawmakers running for their safety.