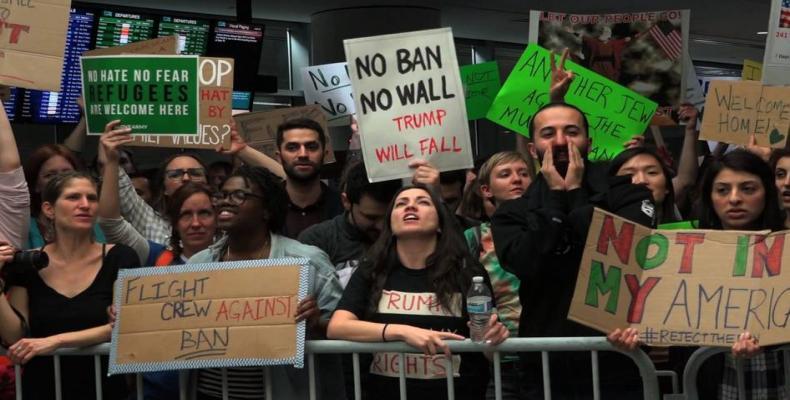 Washington, May 26 (RHC)-- In what is being reported as a major setback to U.S. President Donald Trump, the U.S. 4th Circuit Court of Appeals has refused to reinstate Trump’s ban on all refugees and citizens of six majority-Muslim nations from entering the United States.

The U.S. Justice Department has vowed to challenge the appeals court ruling and take it to the Supreme Court.