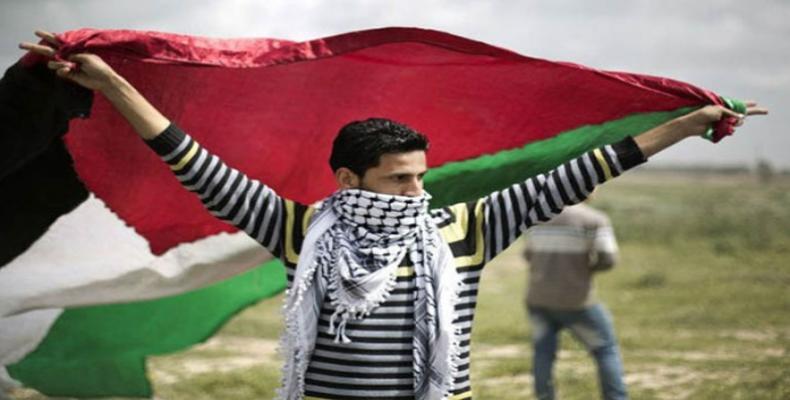 Tel Aviv, December 1 (RHC)-- Israeli media has described the security situation in the Occupied West Bank as ‘dangerous,’ suggesting that the apartheid regime stands before what seems to be another Palestinian Intifada.

According to an Israeli Channel 12 correspondent, since the latest operations in the Gaza Strip, “Israeli occupation forces have been stationed in the area,” and the military surveillance apparatuses “prevents revealing the numbers of Israeli army forces and details related to it to media outlets.”

“We are prohibited from talking about the size of the deployed forces, but we confirm that they are heavily deployed, and the military is starting to complain about how difficult the situation has become,” he said.  The news was also confirmed by military affairs commentator Amir Bar Shalom. He said the “situation reminds us of the reminiscence of a dangerous phenomenon, which is the Second Intifada.”

According to the political commentator, Israeli officials warned before the Knesset on Tuesday that an increase was expected in terms of Palestinian operations and an escalation in terms of the operations’ quality.  The officials voiced a “pessimistic” forecast regarding the current wave of Palestinian attacks that began this past March.

“The expectation is for an increase in the scope of the attacks and an escalation in the quality of the attacks that will come from the West Bank,” the officials said.  The first sign of such escalation was the twin operations that took place in occupied al-Quds last week, Amir Bar Shalom added.  He explained that practically speaking, the Israeli army has raised the ‘red flag’ (a military warning to the serious danger it faces currently), and said “an intifada is months away rather than years away.”

On November 23, two separate explosions rocked two bus stations at the entrance of occupied al-Quds, in response to a long period of ongoing Israeli oppression of the Palestinian people.  Following the attacks, the head of the Israeli military intelligence directorate Tamir Hayman said the twin explosions were a clear sign of the outbreak of a third Palestinian Intifada with “unprecedented characteristics.”

Commenting on the attacks, the Palestinian Hamas resistance movement said these come in reaction to a new round of Israeli airstrikes against Gaza, as well as the stepping up of Israeli army and settler raids of al-Aqsa mosque and assaulting Palestinians inside its vicinity.

Israeli occupation forces have ramped up military activity in the West Bank, killing more Palestinians during the past months.   On Tuesday morning, Israeli forces killed four Palestinians, including two young siblings who were shot after Israeli soldiers stormed the city of Kafr Ein southwest of Ramallah and injured nine others with live bullets.

In a related development within less than 24 hours, Israeli forces killed a young Palestinian man in the village of Al-Mughayyir, east of the occupied West Bank city of Ramallah.  According to the Palestinian Ministry of Health, Raed Ghazi Na’ssan succumbed to his wounds after being shot in the chest by Israeli soldiers during a military raid.

Local sources said that Israeli forces barged their way into the village and opened fire towards local young men attempting to block their entry, hitting one by a live round and several others by rubber-coated steel bullets.

Since the start of 2022, Israeli troops have killed more than 200 Palestinians, including more than 50 children, in the occupied West Bank and East al-Quds as well as the besieged Gaza Strip, the highest record of killing since 2006.

Israeli “shoot-to-kill” crimes and excessive use of force continues against Palestinians, amid international failure to hold the apartheid regime accountable for what amounts to severe crimes against humanity.