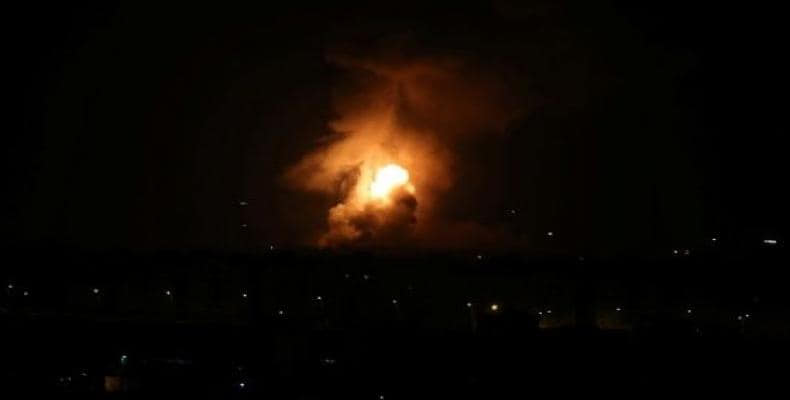 Gaza City, September 11 (RHC)-- Israeli military aircraft have launched a new round of airstrikes against the besieged Gaza Strip as the Tel Aviv regime presses ahead with its acts of aggression against the impoverished Palestinian coastal sliver.

The Israeli jets carried out four airstrikes against the site and targeted an abandoned building in the al-Hikr district of the central Gaza Strip city.  In the northern Gaza Strip city of Beit Lahia, Israeli warplanes launched four rockets at a position of the resistance groups.

Later on, Israeli military aircraft fired six rockets at a Hamas naval base in Deir al-Balah. The warplanes struck a target in Khan Yunis in the southern Gaza Strip as well.  There were no immediate reports of possible casualties and the extent of damage caused.

The strikes came hours after Israeli Prime Minister Benjamin Netanyahu was forced to flee and seek shelter during a campaign event in the port city of Ashdod ahead of next week's snap legislative elections as rockets fired from the Gaza Strip threatened the area.

The Israeli military frequently bombs the Gaza Strip, with civilians being the main target of such attacks.   Israel has also launched several wars on the Palestinian coastal sliver, the last of which began in early July 2014.  The military aggression, which ended on August 26, 2014, killed nearly 2,200 Palestinians.  Over 11,100 others were also wounded in the war.