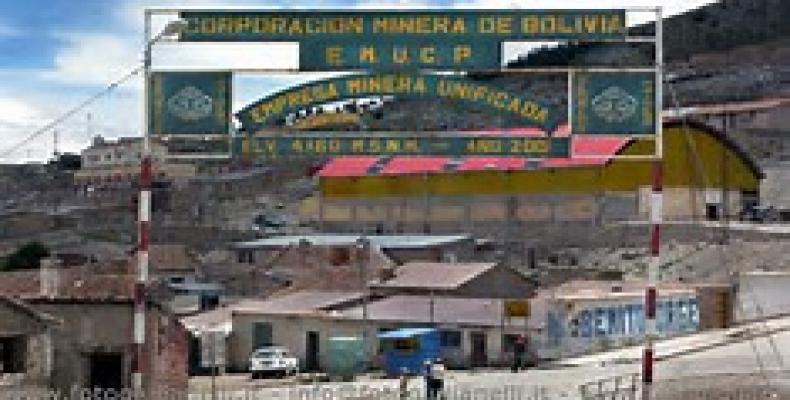 Morales said if it is beneficial, he "wouldn't hesitate" to continue the nationalization drive which started from the oil and gas sector in May 2006. Then Morales nationalized some mines and strategic companies, such as electricity providers.

The Unions Federation of Bolivian Mining Workers (FSTMB) shows the moment that "nationalized or state-owned enterprises are profitable for the state, neither the president nor the accompanied Vice President Alvaro Garcia would hesitate to nationalize privately owned mines", Morales said at an event in western Oruro department, according to Bolivian daily La Razon.

The event marked the inauguration of Huanuni, a new Chinese-built state-run mining plant, which can double mineral processing capacity from 1,500 to 3,000 tons a day, the Bolivian News Agency (ABI) said.

In 2011, FSTMB called on the government to nationalize the country's largest mines, including San Cristobal, Manquiri, San Vicente and Sinchi Wayra at its 31st congress, the daily said.