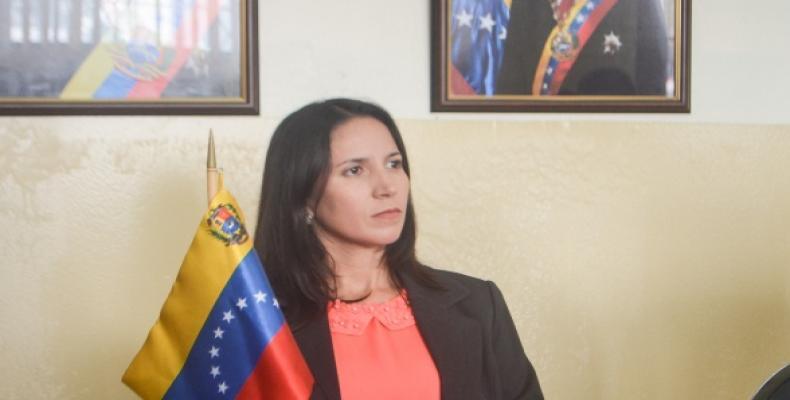 "As Prime Minister Dr. Anthony made very clear, it is a legitimate government. They went through the process of elections. It was monitored by the international press, international monitors and it was shown that the elections were won fair and square,” Hippolyte said. “As long as the government is in power, all of the members of Petrocaribe will continue to give their support."

Meanwhile, the Ambassador of the Bolivarian Republic of Venezuela in Saint Lucia, Leiff Escalona says from 1999 to 2013, internal right wing opposition groups have engaged in various destabalizing acts, including a short-lived coup followed by an oil strike. She says these activities were influenced and supported by institutions of the United States.

She told a press conference in Castries on March 12th that President Obama's statement over Venezuela as a “national security threat” is just the latest in a series of acts against the country.

"Before this situation, the Government of the United States not only endorsed and supported these attempts to break the democratic order, but directly assumed the task of destabilizing and ending the legitimately elected government of our President Nicolas Maduro,” she said.

The embassy in Saint Lucia says U.S. President Barack Obama's declaration constitutes an unprecedented aggression towards the stability of Venezuela. Officials have called on the international community to denounce the actions against Venezuela.