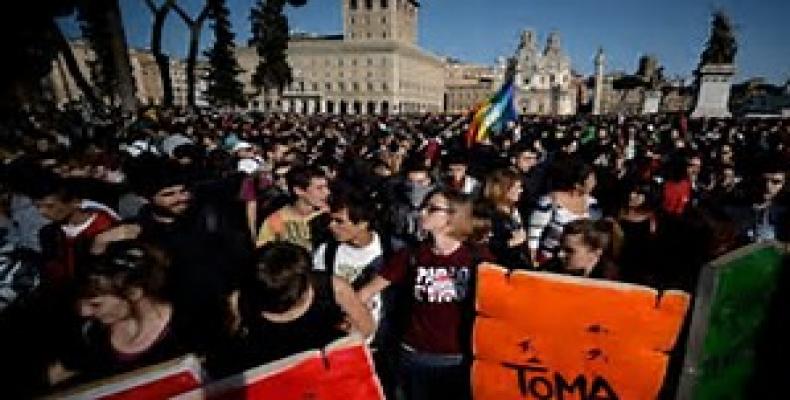 A four-hour strike began in Rome’s public transport network early Monday morning, bringing services to a halt. Strikes also began in the central city of Bologna, Naples in the south and in the northern cities of Milan and Turin.