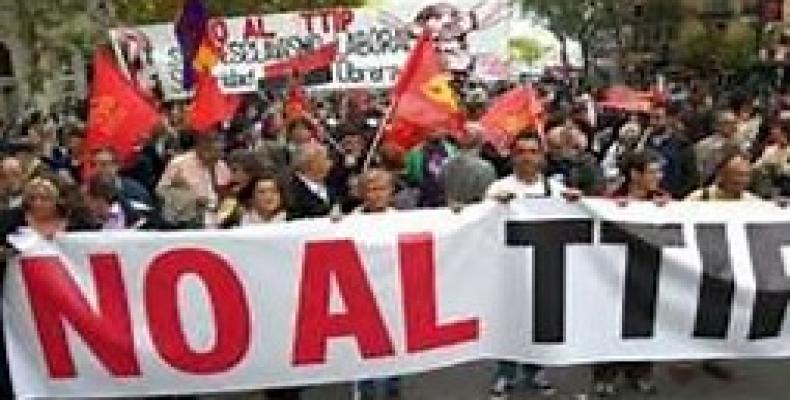 New York, April 20 (RHC)-- Tens of thousands of people marched around the world Saturday on a global day of action against a massive free trade deal being negotiated between the United States and Europe.

Opponents of the Transatlantic Trade and Investment Partnership, or TTIP, say it would threaten European GMO restrictions and undermine health, environmental and financial regulations by letting corporations sue countries in private trade tribunals over laws they claim threaten their profits.

Over 600 protests took place Saturday against the TTIP and other secretive free trade deals, including the Trans-Pacific Partnership, or TPP, which President Barack Obama has been granted fast-track authority to negotiate with countries in South America and Asia.