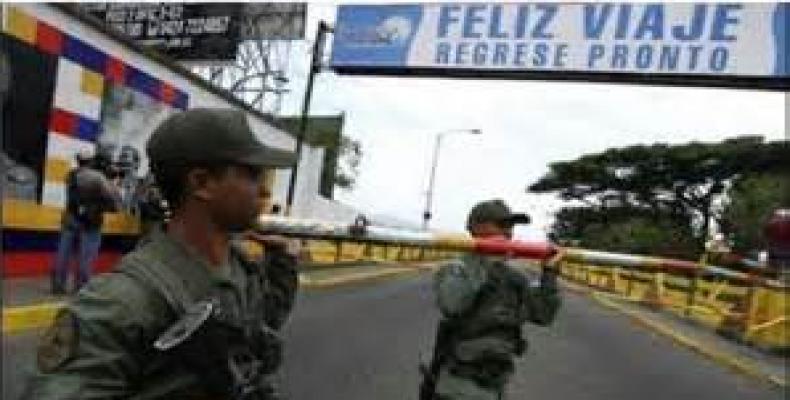 According to the most recent issue of the Official Gazette, Vice Admiral Juan Carlos Caraballo will act as single authority in the new special area (the area number eight).

The objective of the measure is to continue the actions taken by the national Executive against para-militarism and smuggling in the border area.

Under the state of emergency, authorities can inspect houses, public businesses and other facilities without a search warrant, in order to prevent or stop crimes. They can also seize goods, the transference and marketing of which have been restricted. People's movement are also limited. That is why, those who wish to move to other places in those regions, entering or leaving the country should report it and wait for authorization.

Non-members of the State security forces cannot carry firearms, and soldiers can only carry one or more regulation firearms while they are on duty.

The President of the Republic can issue other measures that he considers appropriate, but they should be implemented with a strict respect to physical integrity of individuals and other human rights.