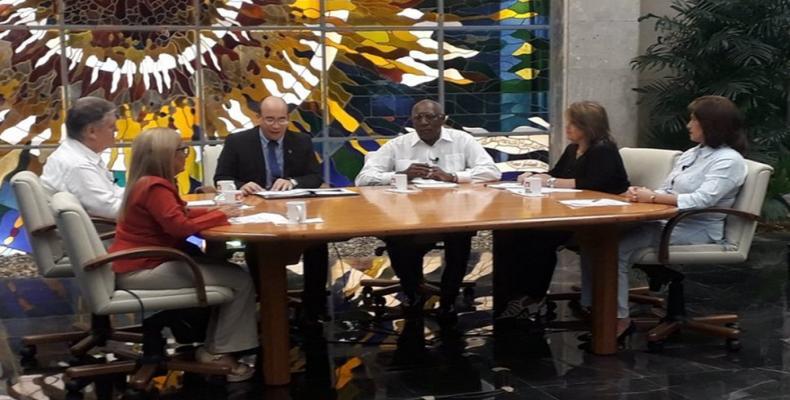 Speaking Tuesday evening at the Round Table TV program, Vice President Salvador Valdes Mesa explained the new measures, approved by the Council of Ministers, and the impact they are expected to have on the population.

Starting in late October, Cubans will be able to purchase household appliances and automotive parts and accessories using convertible currency debit cards pegged to the US dollar.  Valdes Mesa noted that the measures seek to create competitive offers, that allow capturing hard currency, at a time when imports without commercial character by the population are increasing.

“The money that is fleeing the country is estimated in significant amounts, and we should try to capture that money as a source of hard currency to replenish our industry, and to restock our domestic market,” Valdes Mesa said.

The vice-president said that the new measures will not imply any prohibition on current imports by Cuban nationals. While the new products are sold in convertible currency, other domestic appliances will be sold at lower prices in the Cuban-peso retail network.

Some 70 retail stores will participate in the sales under this new program, and purchases will only be made through the debit cards.

Valdes Mesa considered that this will imply a new opportunity to encourage e-commerce on the island, and online sales, the creation of virtual stores, and they will not involve payments in cash.

The vice president added that the post-sale services and guarantees for the electronic devices will be improved.

The measures, to be implemented starting at the end of this month, will be gradual and they also include tariff bonuses or exemptions for the import of raw materials and inputs, mainly for raw materials destined for domestic production of certain goods and products of first necessity, and greater demand among the population.

Import services will be provided to natural persons like private entrepreneurs, through import companies designated by the Ministry of Foreign Trade and Investment, and existing “zones with Customs deposit regime,” will be expanded.  Also, sales of merchandise through named importing companies will be allowed.

Valdes Mesa said that further details about the new measures will be published in the coming days.