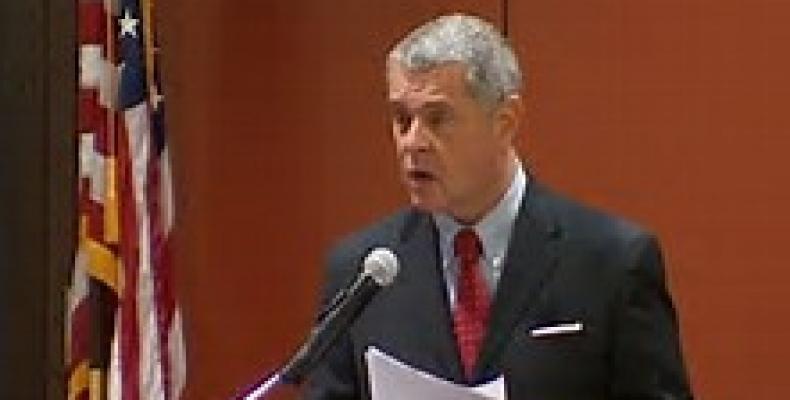 Roanoke, December 7 (RHC)-- Mayor David Bowers of the U.S. city of Roanoke, Virginia, has sparked outrage after he cited the widespread internment of Japanese Americans during World War II in order to justify suspending the resettlement of Syrian refugees to his city.

Democratic Mayor David Bowers wrote in a statement: "I’m reminded that President Franklin D. Roosevelt felt compelled to sequester Japanese foreign nationals after the bombing of Pearl Harbor, and it appears that the threat of harm to America from Isis now is just as real and serious as that from our enemies then."

The U.S. government, many years later, was forced to issue a formal apology and paid reparations to some of the more than 120,000 Japanese Americans who were illegally interned, two-thirds of whom were U.S. citizens.

In response, Japanese-American actor George Takei, best known for his role as Hikaru Sulu on the television series "Star Trek," wrote: "My family and I spent 4 years in prison camps because we happened to look like the people who bombed Pearl Harbor. It is my life’s mission to never let such a thing happen again in America."