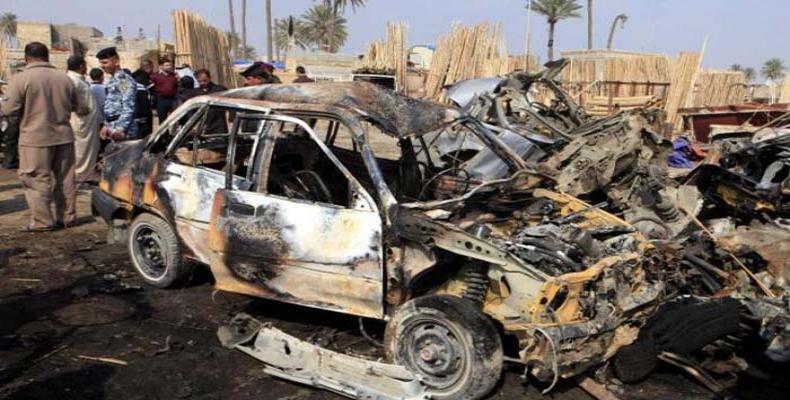 Baghdad, December 30 (RHC)-- At least seven people have lost their lives and nearly three dozen others sustained injuries in a series of bomb attacks in and around the Iraqi capital, Baghdad, over the past two days.

Security and medical officials, speaking on condition of anonymity, said two people were killed and five others injured on Wednesday morning when an improvised explosive device went off close in the town of Mada'in, located about 20 kilometers southeast of the capital, Arabic-language al-Baghdadia satellite television network reported.

Separately, a bomb detonated close to a commercial district in Baghdad's northeastern neighborhood of Ur, leaving one civilian dead and six others injured. Five soldiers also sustained injuries on Wednesday when an explosion struck an army checkpoint in the town of Tarmiyah, situated about 50 kilometers north of Baghdad.

On Tuesday, a civilian was killed and nine others were injured when a blast ripped through a commercial district in the capital's southwestern Suwaib neighborhood. A bomb attack also targeted an outdoor market in Baghdad's northern neighborhood of Shaab, killing one civilian and wounding eight others.