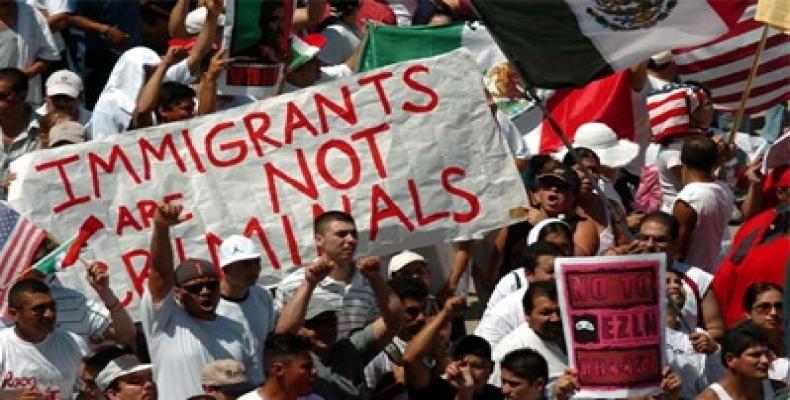 Washington, January 4 (RHC)-- The administration of U.S. President Barack Obama has begun detaining and deporting Central American families who had immigrated to the U.S. illegally, including women and children, according to immigrant advocates.

The nationwide deportation operation began over the weekend, with reports of raids in the states of Georgia and Texas, immigration attorneys said. The large-scale campaign is reportedly being carried out by agents with the U.S. Immigration and Customs Enforcement (ICE), a federal law enforcement agency under the Department of Homeland Security (DHS).

"Attempting to unlawfully enter the United States as a family unit does not protect individuals from being subject to the immigration laws of this country," a DHS official said, adding: "ICE will continue to pursue the removal of persons who fall within DHS immigration enforcement priorities, including families who are recent unlawful border crossers and who are subject to final orders of removal."

"The repatriation of individuals with final orders of removal, including families and unaccompanied minors to their home countries is part of our broader ongoing effort to address the rising surge of families and individuals arriving at our southern border."

Obama administration officials said in late December that they would step up deportations of those who had already been ordered to leave the country. Immigrant advocates have questioned prioritizing nonviolent migrants for deportation and whether the facilities that hold them are suitable for minors.

Over 100,000 families have entered the U.S. from its border with Mexico since 2014 to escape the violence gripping El Salvador and Honduras in Central America.