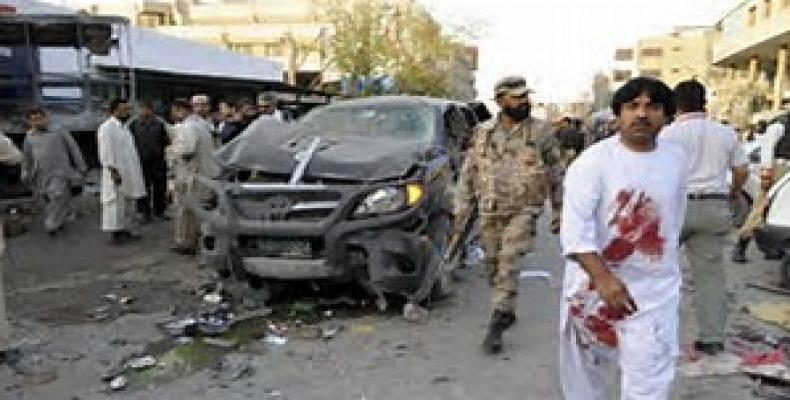 Islamabad, January 19 (RHC)-- At least six paramilitary soldiers were killed and one was wounded when a powerful explosion targeted an army patrol in the Pakistan’s southwestern city of Quetta.

Local security officials said the casualties were caused when their vehicle hit an improvised explosive device (IED) on the outskirts of Quetta. The bomb was apparently detonated with a remote control device.

Meerak Baloch, a spokesman for the Pakistani banned group known as Baloch Liberation Army claimed responsibility for the attack. He said: “We detonated a remote-controlled bomb and then ambushed the security forces personnel,” adding: “This is part of our war against security forces.”