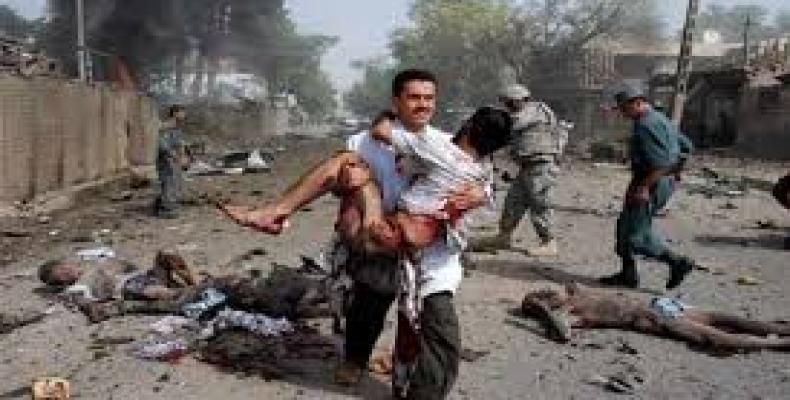 Kabul, September 3 (RHC)-- In Afghanistan, a bomb blast shook Kabul Monday as the U.S. presented a draft deal to draw down its military presence.  Monday’s blast, which killed at least 16 people and wounded over 100 others, rattled a compound used by international organizations.

The Taliban has claimed responsibility for the bombing, which followed attacks in recent days on two major cities in northern Afghanistan.

The news came as special U.S. envoy to Afghanistan Zalmay Khalilzad said the Taliban and the U.S. have reached an agreement “in principle” to withdraw over 5,000 troops within five months of the deal being finalized. The U.S. envoy presented the deal to Afghan President Ashraf Ghani, but the Afghan government has not participated in the peace talks between the Taliban and the United States.

Meanwhile, senior White House advisers are seeking to expand the CIA’s presence in Afghanistan as troops start to withdraw, according to a report in The New York Times.  The CIA presence would include the creation of new counterterrorism militia forces, but CIA Director Gina Haspel reportedly has raised concerns about the idea. The Taliban has said the CIA must also leave the country along with the military.