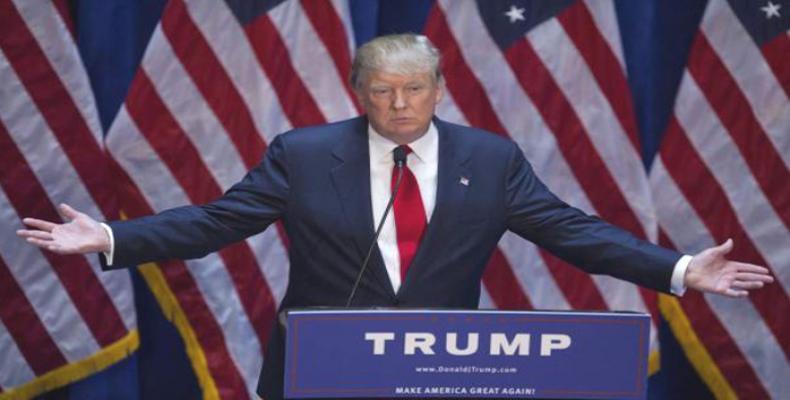 Washington, February 18 (RHC)-- U.S. Republican presidential front-runner Donald Trump has come out in defense of the so-called enhanced interrogation techniques, saying: "Torture works."  The billionaire reality TV star, speaking to his supporters in South Carolina, also defended waterboarding, saying he would "absolutely" support its use and is ready to do even more.

Trump's remarks are part of attempts to collect the delegates needed to secure the Republican nomination although he has threatened to run as an independent if he is not picked.

Last December, a bipartisan report by US Senate Select Committee on Intelligence (SSCI) provided details of torture on detainees between 2001 and 2006 during the so-called war on terror.  The heavily redacted 525-page report included instances of rectal feeding, freezing inmates to death, use of insects, sleep deprivation, and prolonged standing among other methods.