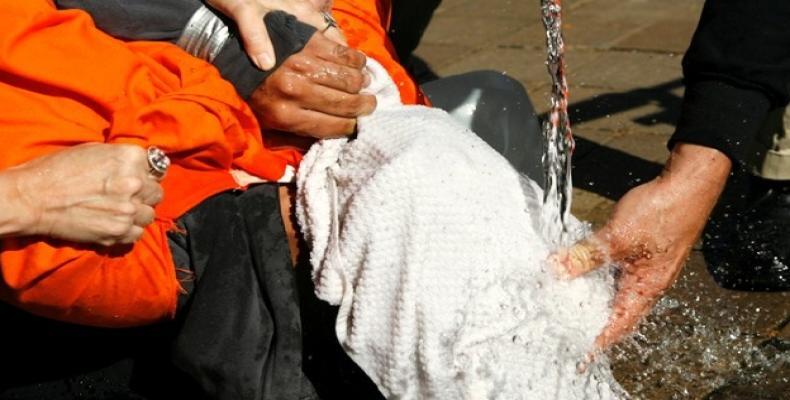 Washington, June 15 (RHC)-- The CIA has released dozens of previously classified documents that expose grim details about the U.S. spy agency's torture program after the September 11, 2001 attacks, including a request that it would never be prosecuted for abusing suspects.

The documents, released under a freedom of information request from the American Civil Liberties Union (ACLU), detail the early days of post-9/11 torture program, after then-president George W. Bush authorized the CIA to round up terror suspects around the world.

The files provide a new glimpse into the inner workings of the CIA's "black site" prisons, messages from field officers who warned about how detainees were being treated, and secret memos about the roles played by doctors and psychologists in facilitating the controversial program.

"These newly declassified records add new detail to the public record of the CIA's torture program and underscore the cruelty of the methods the agency used in its secret, overseas black sites," ACLU attorney Jameel Jaffer said. "It bears emphasis that these records document grave crimes for which no senior official has been held accountable."

The files also include a 2002 draft letter from CIA lawyers to the Justice Department demanding legal protections before agents applied more "aggressive methods" during the interrogation of Abu Zubaydah, an alleged al-Qaeda member who is still detained at Guantanamo Bay.

The U.S. Justice Department ruled at the time that certain detainees could be subjected to harsh interrogation techniques, including the use of simulated drowning known as waterboarding.

A previously released Justice Department memorandum revealed that Abu Zubaydah was waterboarded at least 83 times in August 2002.  The Saudi national was also subjected to death threats, ice baths, sleep deprivation and a vast array of other harsh techniques.