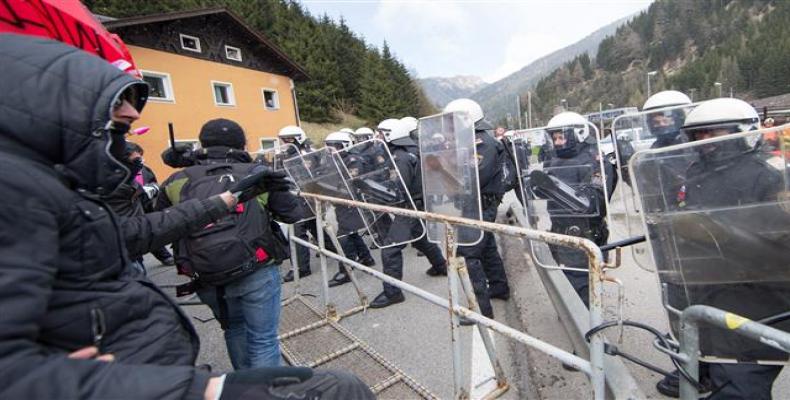 Vienna, April 28 (RHC)-- The Austrian parliament adopted a controversial bill Wednesday aimed at stemming the flow of refugees into the country, despite harsh criticism by rights campaigners and from the neighboring Italy.

Members of the legislature passed the hotly-disputed bill by 98 votes to 67, allowing the government to declare a "state of emergency" over the refugee crisis and reject most asylum-seekers directly at the border.

Based on the legislation, authorities are now allowed to only accept cases of refugees facing safety threats in a neighboring transit country or requests by those whose relatives are already in Austria.

The bill, one of Europe's toughest asylum laws, comes amid efforts by Austria's political leadership to contain the surge of far-right parties.

The proposed legislation in Austria comes shortly after the candidate of the far-right Freedom Party (FPOe), Norbert Hofer, won the first round of a presidential ballot on April 24, sending shock waves through the political establishment in the country. Two main candidates of Austria's ruling coalition failed to even make it into the runoff on May 22.

Observers say the FPOe could also do well in the next scheduled general election in 2018 as it has consistently scored more than 30 percent in polls.

The legislation has met fierce criticism by rights groups, religious leaders and opposition parties as the preventive measure covers refugees from war-torn countries such as Syria. Campaigners said the measures would clearly run against international human rights conventions.