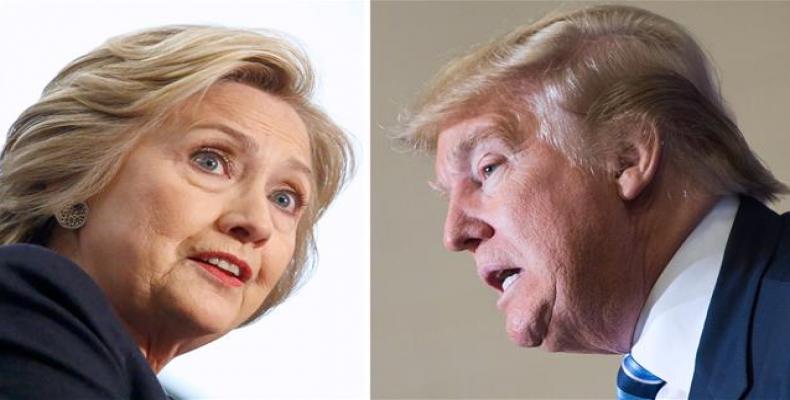 Washington, May 11 (RHC)-- Polls show that Donald Trump and Hillary Clinton are more unpopular with voters than the candidates in any of the past 10 White House matchups.

About half of U.S. voters are “scared” that presumptive Republican presidential nominee Donald Trump might be elected as the U.S. president while more than third are afraid about Democratic candidate Hillary Clinton becoming president.

Clinton leads Trump by just 5 points, 49 to 44 percent, in a hypothetical general election match-up.  Democratic candidate Bernie Sanders, who has vowed to fight until the party's national convention in July, leads Trump by 13 points, 53 to 40 percent.