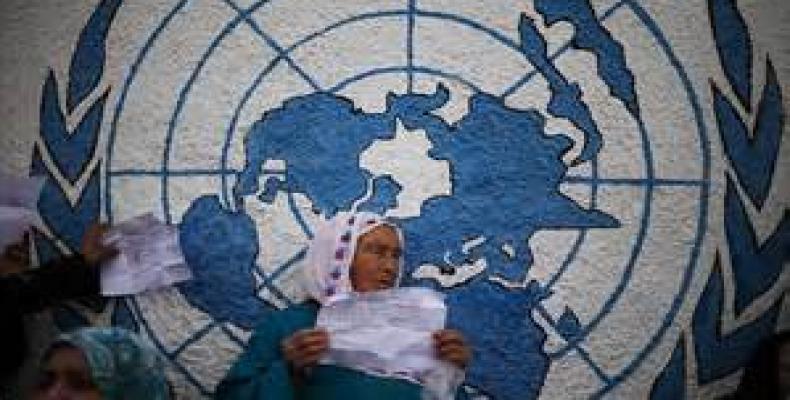 Ramallah, May 16 (RHC)-- The Palestine Liberation Organization (PLO) has called on the United Nations to implement a resolution adopted in 1948 giving Palestinian refugees the right to return to the occupied territories.  The statement came as part of actions to commemorate the 68th anniversary of Nakba Day -- the Day of Catastrophe.

PLO's legislative body, the Palestinian National Council (PNC), said in a statement over the weekend that all refugees must be entitled to the right to come back to their homes as stipulated in the General Assembly Resolution 194, emphasizing that the right is non-negotiable and can never be compromised.

It also censured the crimes and atrocities perpetrated by the Tel Aviv regime against Palestinians, making reference to the extra-judicial killings and torture of Palestinian prisoners as Israel’s consistent hegemonic policy.

On Saturday, hundreds of Palestinians staged a “March of Return” in the northern Israeli port city of Haifa toward the site of a Palestinian village, which Israeli military forces razed in 1948.

Arab members of the Israeli Knesset (parliament), activists and local Palestinians made their way to the village of al-Tira, where dozens of Palestinians were slaughtered by Israeli troopers and a large number of houses completely destroyed. Only a few buildings remain in the area, which are either vacant or occupied by illegal Israeli settlers.