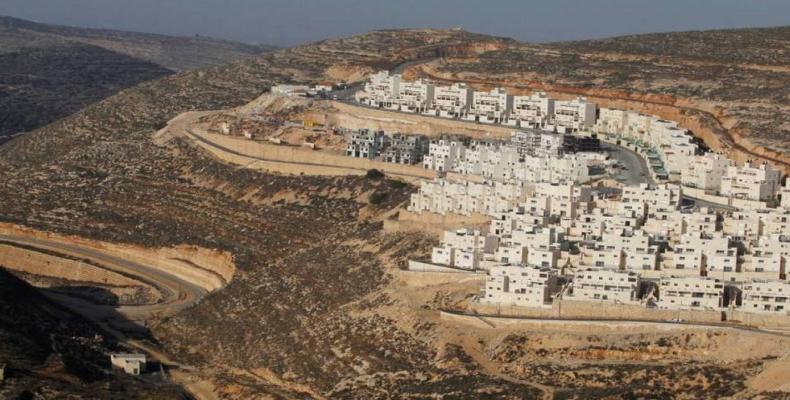 “We are reiterating the contents of the final declaration of the (January 15 Middle East peace) conference and recall the importance of safeguarding the two-state solution, the cessation of colonization in accordance with Security Council resolution 2334, the end of the Israeli occupation that begun in 1967 and the establishment of an international group to monitor peace building efforts,” Abbas told reporters following a meeting with Belgian Minister Charles Michel in Brussels on Thursday.

The remarks come as Israel has stepped up its settlement activities in recent weeks despite a UN resolution that calls on Israel to halt its construction of settler units.  The Hebrew-language news website Walla reported on Wednesday that Israeli authorities approved the construction of 1,162 settlement units in the occupied West Bank.

The report added that Israel’s so-called High Planning Council approved the plan, which includes construction of units in a new settlement near the existing Shvut Rachel settlement, located 45 kilometers north of Jerusalem al-Quds.

Late on Monday, the Israeli Knesset (parliament) voted 60 to 52 to pass a controversial bill that retroactively legalizes thousands of settler homes built on privately owned Palestinian land in the occupied West Bank.

The Palestine Liberation Organization (PLO) later slammed the new law as a means to "legalize theft" of Palestinian land.

Security Council Resolution 2334 calls on Israel to “immediately and completely cease all settlement activities in the occupied Palestinian territory, including East Jerusalem.”  It also states that Israel's settlement construction has “no legal validity and constitutes a flagrant violation under international law."

About 600,000 Israelis live in over 230 illegal settlements built since the 1967 Israeli occupation of the Palestinian territories of the West Bank and East Jerusalem al-Quds.

The Palestinian Authority wants the West Bank as part of a future independent Palestinians state, with East Jerusalem as its capital.